Can you spark an urban renaissance?

Designing for ﬂexibility and human connections in dense urban environments

Sometimes cities just “pop.” It’s typically caused by events beyond our control, like New York’s surge after World War II when other capital cities were destroyed, or an economic phenomenon like the ﬂood of tech companies in Silicon Valley. But thoughtful design, architecture and planning can accelerate these “pops” and even create an urban renaissance. Perhaps more importantly, design can sustain this momentum so it isn’t just a ﬂash in the pan. 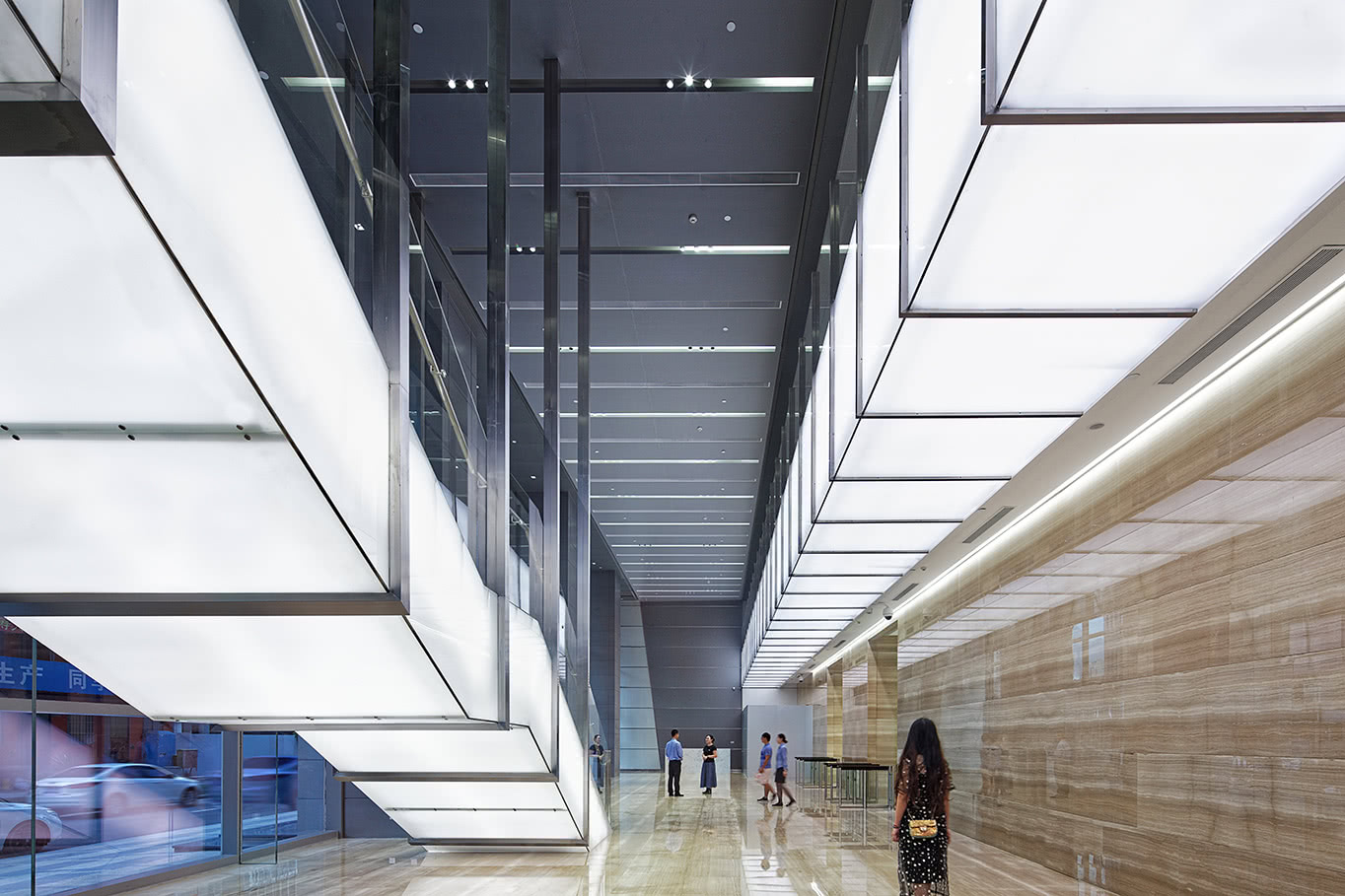 The best way to design for this kind of long-term, sustainable growth is through ﬂexibility and prioritizing the connections between people. This has been proven to me again and again, but most recently when I was in Shenzhen working on the design for China Life’s corporate headquarters tower. During my very ﬁrst trip to the project site, I was interested in visiting a project by another architect. 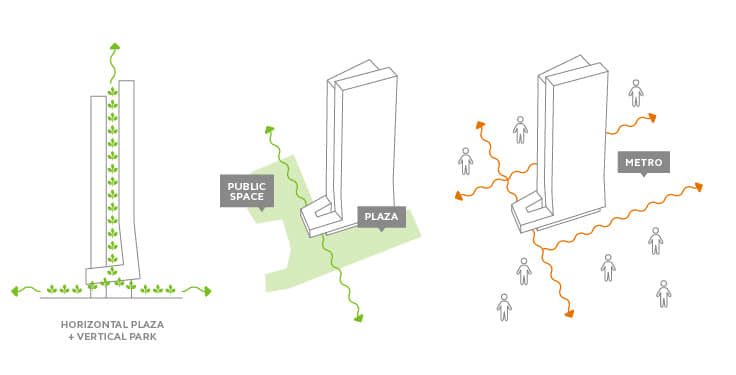 Looking at the map, I thought it would take me about 15 minutes to walk there. Instead, it took three times as long because much of the urban fabric was rigid and disconnected. I couldn’t cross the street where I needed to, I was forced to walk around entire blocks of buildings and, inevitably, it not only cost me time, but it signiﬁcantly hindered my ability to enjoy my surroundings.

It’s easy to see how shortsighted urban planning can ruin your commute or make it difficult to get around your city. The opposite is true too—connected planning and ﬂexible architecture can create places where creativity, innovation and community thrive.

The best way to design for this kind of long-term, sustainable growth is through flexibility and prioritizing the connections between people 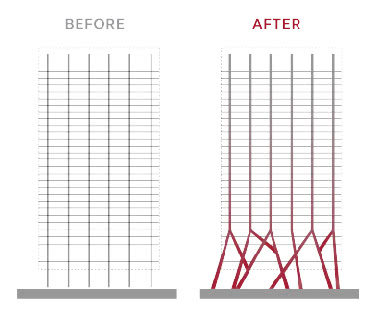 Before and after diagram shows the columns resembeling “roots”

In many cities around the world, the built environment is more about building walls and creating boundaries rather than creating a porous urban fabric that allows connectivity. It may seem at ﬁrst glance that this approach only stops the free ﬂow of people, but it also limits the ability of the city to evolve and stops human interactions; it destroys the potential for organic change and drains life and energy from the city.

Flexibility can alleviate all of these issues, but designing ﬂexibility into a project sounds easier than it is. Technology changes continually, which means that telecommunications infrastructure has to be updated frequently. The International Building Code changes every three years, and interiors workplace spaces typically change with the commercial lease cycle on a 7-10-year basis. The buildings themselves are the most permanent part of the process, standing 30-50 years before they have to be updated or torn down to make way for a new structure.

By designing flexible, interconnected environments and infrastructure, we can help encourage connections and social interaction

The asynchronous nature of the renewal process of our social networks, technological infrastructure and built environment creates a challenge to human connection. Most of our existing cities and buildings are not ﬂexible enough to enable ongoing improvements to building and urban performance. Existing laws, codes and business models do not fully support ﬂuid regeneration of the built environment either, and if the built environment doesn’t support creative thought, then it’s not serving our clients. By designing ﬂexible, interconnected environments and infrastructure, we can help encourage connections and social interaction, thereby increasing creativity and innovation—that’s our real value to our clients. 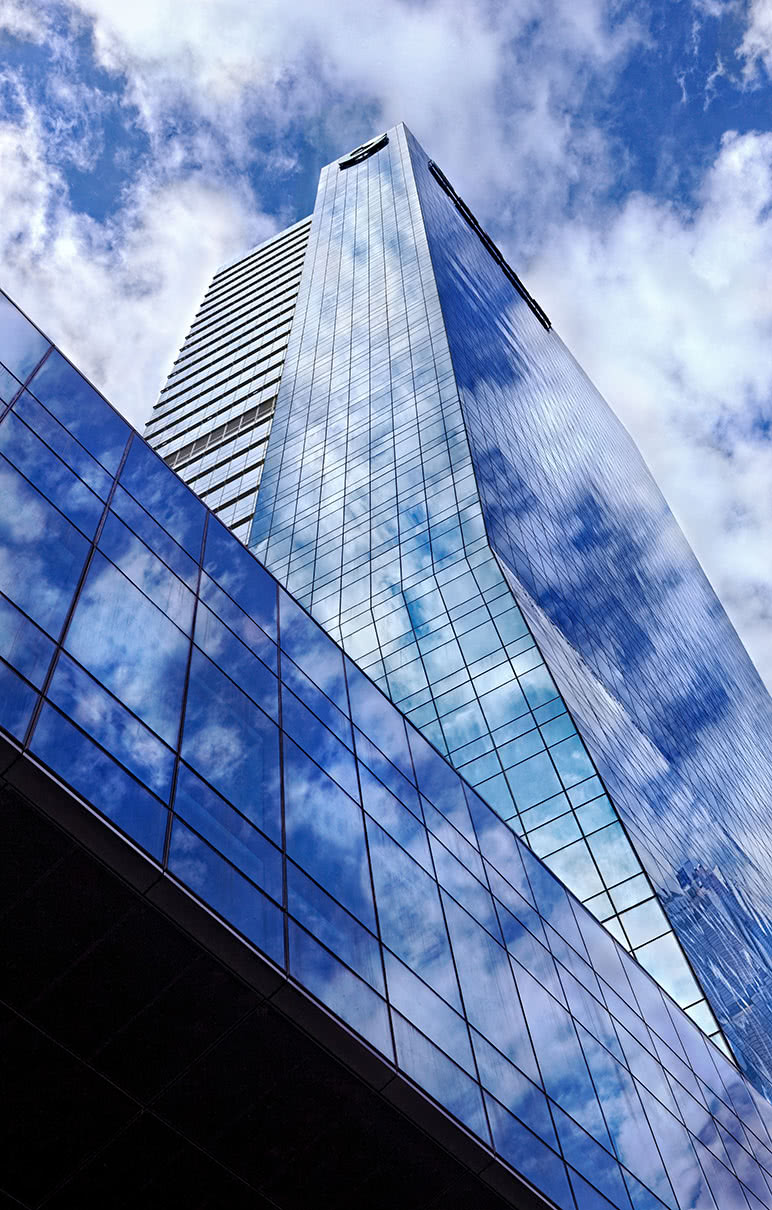 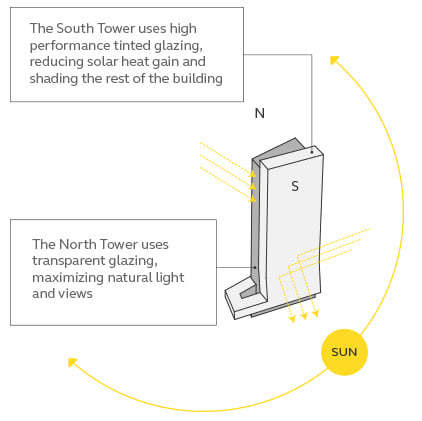 Going back to the area of Shenzhen where I had my lengthy, complicated walk down the street, it had a silver lining—when I designed China Life, I created a place that is the exact opposite of what I experienced. The ground ﬂoor can be entered from multiple sides so the building connects with open space around it. There is a public plaza surrounding the base of the building to encourage community connections. The building volume is expressed as two towers, which also represent China Life’s brand. This has the added beneﬁt to the community and city of reducing energy consumption. 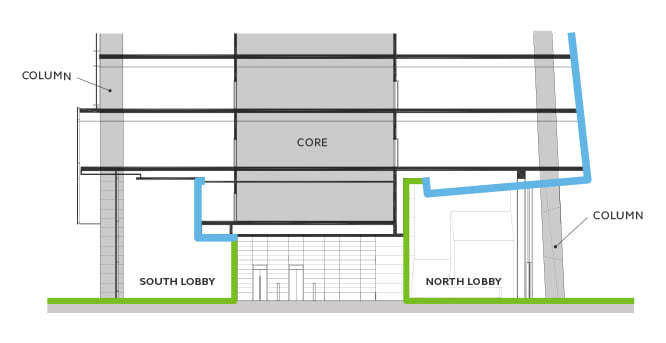 Through the elevated podium, the building adds transparency on the ground level, dissolving the boundary between interior and exterior and creating visual and physical connections with the rest of the neighborhood. The sculptural columns at the base not only form an artscape for people to enjoy, but represent the organic, growing strength of Chinese culture and China Life, the largest insurance company in the world. The conference center is a hub for innovation, welcoming international visitors who collaborate. The 36-story tower opened recently, and already we can see how this business district is emerging, how people are using the space differently.

In the urban condition, everyday experiences are interconnected. How you get to work, who you see and how your environment encourages or hinders your interactions with others make a substantial impact on creativity and productivity. And when factors like design, circulation and collaboration are just right, that’s when a city is poised for meaningful, widespread innovation. And even a “pop.”

As many countries begin to return to the office, it’s a chance to ask ourselves: what do we truly value?

How working from home is influencing design

The lessons learned in the next few months can help shape how we work and design in the future. For now, remote work is different – and our new normal.

Sustainability in a material world

The concepts of embodied carbon, zero waste, and deconstruction and reuse often run on parallel tracks.

The complex dance of healthcare transitioning

Hospital employees, though excited about technological advancements, are expected to navigate a new workplace and care for their patients at the same time, all while training on new equipment and navigating a new building.

Why have some malls survived their long-predicted demise, thriving and bumping with new generations of shoppers, while others have been relegated to the ash heap of deadmalls.com?

Saving the American mall in 5 steps

CallisonRTKL Vice President Marc Fairbrother explains how struggling American malls can turn it all around.

Sabrina Hilfer, a specialty retail designer, talks about the integration of biometrics in the retailscape.

Sabrina Hilfer, a specialty retail designer, talks about the integration of biometrics in the retailscape.