Topsy-turvy: Creative use of air rights results in a model of urban luxury design

Using bold cantilevering and imaginative structural design, ODA and its project team created a 12-story building whose massing grows in width as it steps upward. In densely populated cities like New York, there’s often nowhere to go but up. Depending on local zoning regulations, that restriction often results in a structure that steps back, floor by floor, as it rises.

Architecture firm ODA has turned that development model on its head in its design for 100 Norfolk Street in Manhattan’s Lower East Side.

Using bold cantilevering and imaginative structural design, ODA and its project team created a 12-story building whose massing grows in width as it steps upward. As a result, the top floor has twice the footprint of the ground floor, and 60% of total floor area is contained in the top six stories—a complete flip-flop of the conventional step-back building model.

This configuration has given developer Adam America Real Estate a luxury condominium property with more premium living space and units than usual on the upper floors. It also helps isolate these more valuable properties from street noise, while offering their occupants panoramic views of the city, plus enhanced daylight.

It’s an unusual architectural achievement that stands out in an old New York neighborhood dominated by tenement-style housing and low-rise commercial frontages. 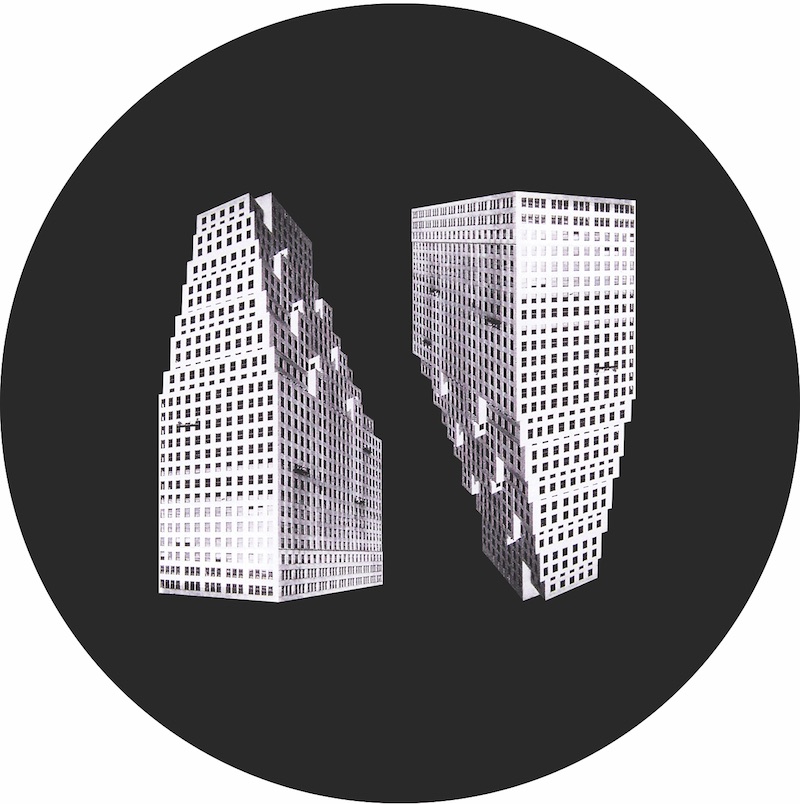 It’s also the rare example of a developer being able to build a residential structure that leans into the airspace above an adjacent property.

Adam America Real Estate’s initial charge to ODA New York was to analyze the 70-foot-wide mid-block site between Delancy and Rivington Streets and suggest ways to create maximum value from the property.

“As a firm, we’ve pushed deep into the local codes and site analysis so that we can extract as much value as possible for the client while also designing a building that will enhance the neighborhood,” said Eran Chen, AIA, ODA’s Founding Principal.

The upside-down massing concept came out of the realization that if the building were designed for a corner site rather than for mid-block, more of the future building occupants would enjoy better air, daylight, and city views. As the designers explored how to build 100 Norfolk as if it were on a corner lot, their attention turned to the notion of acquiring air rights over the neighboring property.

This set in motion a series of negotiations with the owner of the adjacent property, a low-rise commercial space.

See Also: A place of ‘voluntary and cheerful resort’

THE IN’S AND OUTS OF NYC AIR RIGHTS

Take the case of two neighbors. Each is entitled to develop up to 100,000 sf on its property. If one owner plans to build out 50,000 sf, that owner could enter into a ZLDA with the neighbor that would allow the other property owner, in return for payment, to develop 150,000 sf. New York City ZLDAs permit one neighbor’s building to extend into the airspace over the adjacent property.

The ability to build up and over the neighboring property is what made 100 Norfolk possible and allowed the owners of the adjacent property to keep their building intact while benefiting financially from the redevelopment of the 100 Norfolk site.

To bring the “flipped” concept into reality, ODA and structural engineer DeSimone Consulting Engineers conceived a system of trusses connected on four sides, like boxes. The basic building block of the system is a truss composed of two parallel steel tubes connected by a diagonal tube; the complete system forms the cantilever that makes the upside-down massing efficient and rigid. This forms a strong, stable structure that effectively captures height to create appealing, airy interior volumes.

Locating the bulk of the truss system at the perimeter of the building eliminated the intrusion of columns into living units—a huge design plus. “We also decided not to hide the trusses,” said Chen. The trusses are visible at some interior locations, as well as from the outside through the glass curtain wall. As a result, said Chen, “the structure of 100 Norfolk becomes a part of the architectural expression.”

The cantilever strategy also made possible another striking design element. By moving most residential floor area upwards into the most compelling areas for living space—and by spreading the upper floors to max out allowable square footage under the applicable building codes and zoning regulations—the design allowed for a soaring triple-height, 27-foot entry lobby.

The building was completed in April. ODA’s floor plans for the 38 condominiums optimize daylighting by providing each unit with at least one vertical face (although some units under the top floor are partly shadowed by the cantilever). The design also yielded a 2,000-sf amenities terrace on 100 Norfolk’s roof, plus another outdoor space on the roof of the adjacent building, for a total of 7,800 sf of outdoor space. Access to the neighboring roof was guaranteed in the ZLDA. 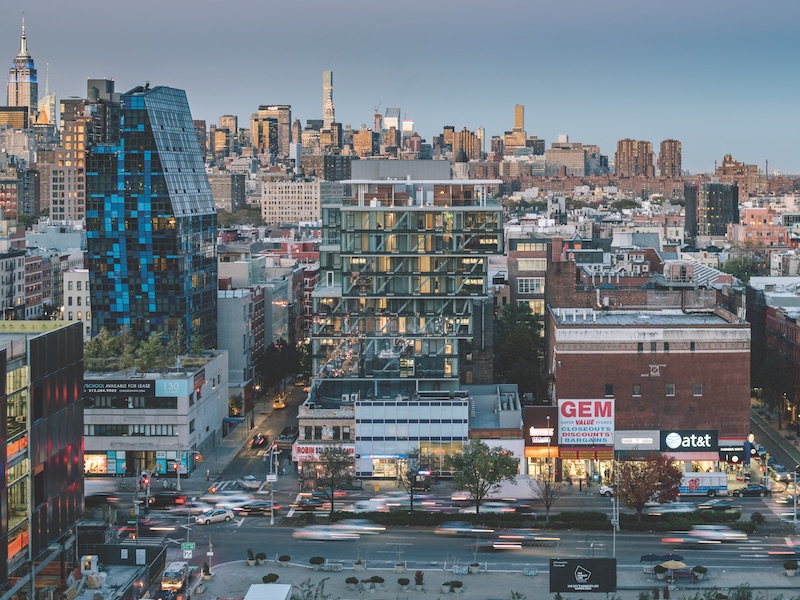 FITTING INTO THE NEIGHBORHOOD, WITH FLAIR

Chen said feedback from the neighbors has been positive. “We were told that the community liked having a distinctive building, and that the new apartments could also help establish the southern part of the Lower East Side as a desirable place to live.” The new building also complements the so-called Blue Tower at 105 Norfolk, the 16-story Bernard Tschumi–designed residential building marked by angled walls and a pixelated façade.

Chen said he would advise those looking to emulate 100 Norfolk’s air rights scheme to bone up on the local jurisdiction’s planning laws and zoning regulations. “We had to be creative in the way the massing was shaped to meet the fire restrictions between buildings and secure the legal light and air rights benefits of the ZLDA,” he said.

“Designing form and shape is less important to us than the opportunity to create buildings that improve the quality of life in the city,” said Chen. He sees 100 Norfolk as an example of how a building with a small footprint can deliver plentiful daylight and enhance enjoyment for city dwellers. “It shows how naturally these architectural goals can align with the goals of developers,” he said.