Developers and their project teams are recognizing the value of walkability, convenient neighborhood services, and transit access, as these three TODs demonstrate. 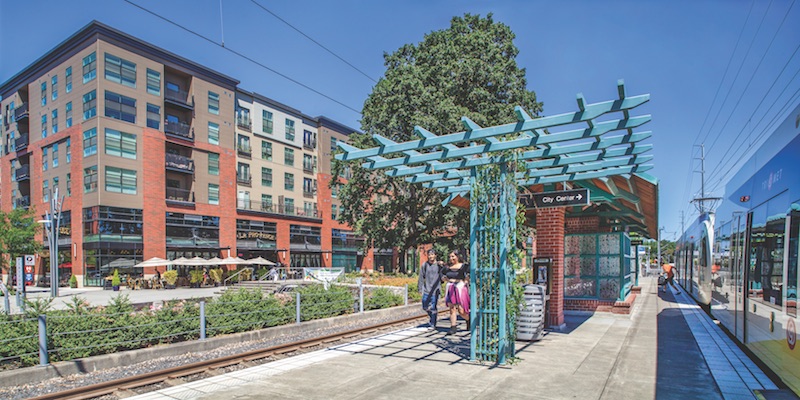 The Platform District at Orenco Station is a 135-acre transit-oriented development in Hillsboro, Oregon’s fifth-largest city. The TriMet MAX Blue Line light rail connects to downtown Hillsboro, to downtown Portland—14 miles away—and to the airport. It consists of a 5.5-acre public plaza (by landscape architect Walker/Macy) and three mixed-used buildings designed by Leeb Architects: the 343,500-sf Rowlock (shown here), with 255 apartments and townhomes; Hub 9 (124 apartments, 168,000 sf); and the 339,200-sf, 230-unit Vector, which provides the park-and-ride component at the transit stop. The Orenco TOD totals 609 residences and 25,000 sf of retail space. 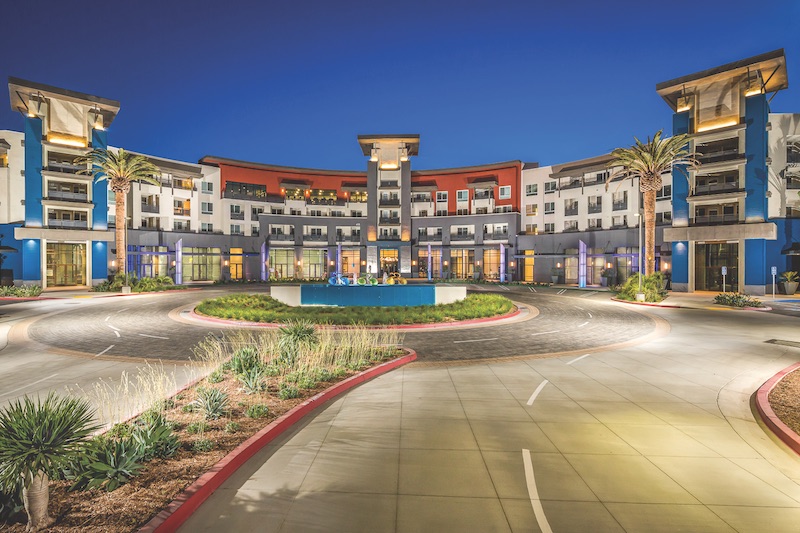 The Metro is the third phase (286 units) of a buildout of a total 868 luxury apartments in Corona, Calif., just a half mile from the North Main Metrolink station. The Riverside County enterprise has 70,000 sf of retail space. Each apartment has a balcony/patio and Nest climate controls. There’s a dog park, WiFi/game lounges, a cabana-lined pool and spa, and rooftop deck with views of the San Gabriel Mountains. Wermers Properties and Watermarke Properties were the co-developers. 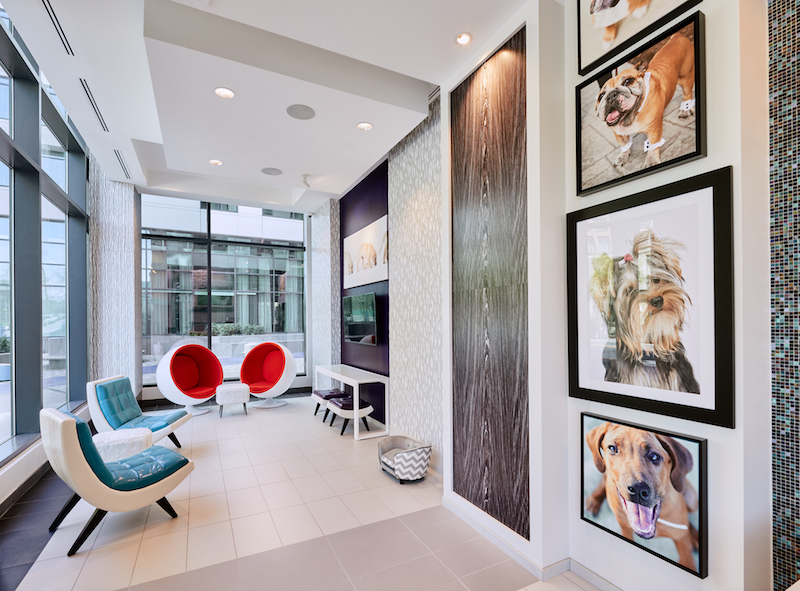