Underwater restaurant to open in the Maldives

In August, Champalar Holdings Pvt Ltd. will open a five-star luxury resort on Huravalhi Island in the Maldives. The venue will include an underwater restaurant, the second of its kind in the world. Both were designed by M.J. Murphy Ltd., Auckland, New Zealand.

General contractor Fitzroy Engineering spent 10 months building and outfitting the restaurant, which was submerged onto piles near a coral reef in the Indian Ocean in March (bottom photo).

The 410-ton restaurant measures 18 meters long by 5.4 meters wide. It is 13 meters tall, about 30% longer than a similar underwater eatery M.J. Murphy designed 11 years ago for the Conrad Maldives Hotel (top photo). The new facility will accommodate 24 diners.

The acrylic arch covering the new restaurant, five meters wide and 130 mm thick, lets diners feel engulfed by the ocean and aquatic life. The end wall has a panoramic, 190-mm-thick acrylic window that allows for spectacular views along the sloping reef. Japan-based Nippura Co. was the fabricator.

A week after the restaurant was submerged, three concrete slabs inundated with live coral were lifted onto steel outriggers. They will create a coral garden to attract fish to the restaurant.

The restaurant will be accessible via a spiral staircase. Most food will be brought in from an on-shore kitchen via dumbwaiter. A small kitchen in the restaurant’s lobby will be used to prepare a limited amount of food and drinks.

In February, Tranzcarr Heavy Haulage moved the restaurant the five miles from Fitzroy’s factory in New Plymouth, NZ, to Port Taranaki. Two cranes with 400-ton capacities hoisted the structure onto a ship that transported it to the Maldives over a three-week voyage.

Mike Murphy, M.J. Murphy’s Managing Director, told BD+C that the final cost of the restaurant itself will fall somewhere around US$6 million, not including the access jetty back to the shore, the above-water lounge-bar, the kitchens, toilets, and A/C plant room building. 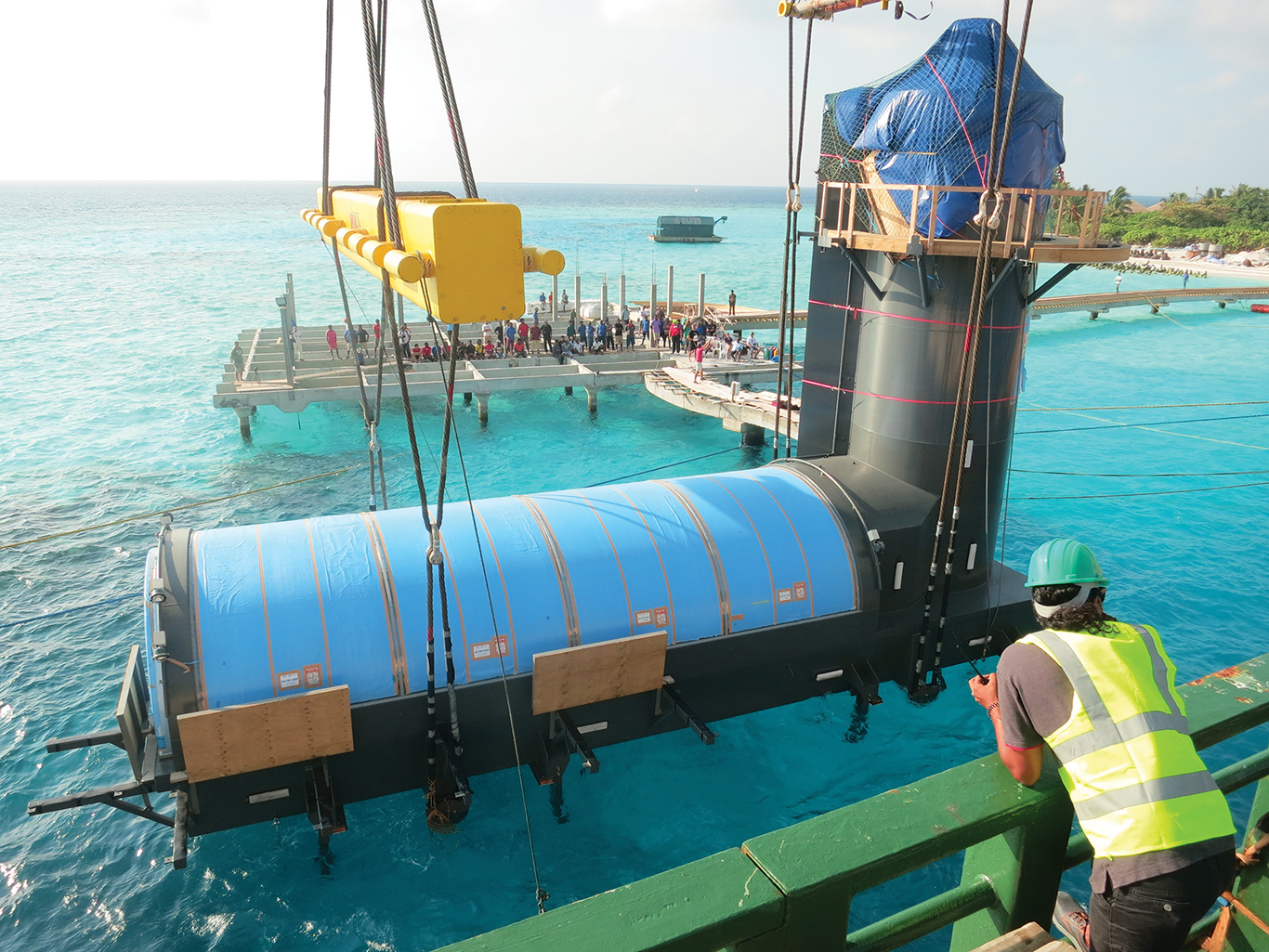 Thoughtful site selection is never about one factor, but rather a confluence of several components that ultimately present trade-offs for the owner.

JLL: Can you recognize these major cities?

The American Institute of Architects (AIA) reported the July ABI score was 54.7, down a point from a mark of 55.7 in June.

This is the largest year-over-year growth over the first six months of a year since construction spending was tracked in 2002, according to Associated Builders and Contractors Chief Economist Anirban Basu.

The mall, in Qinshui, a city in China’s Shanxi province, will fit within the 250x30-meter dimensions surrounded by parallel roads and two converging rivers.

Predictions that multifamily housing construction would taper off in 2015 may have underestimated the ongoing demand for this kind of housing, the vast majority of which is being marketed as rentals.

Thoughtful site selection is never about one factor, but rather a confluence of several components that ultimately present trade-offs for the owner.

JLL: Can you recognize these major cities?