Shanghai’s latest tourist attraction: an outside, rail-less walkway around one of its tallest skyscrapers

The public can never get enough of death-defying diversions, from flagpole sitters in the 1920s to today’s ever-crazier rollers coasters. The last two “Mission Impossible” movies—which featured Tom Cruise actually scaling the outside of the Burj Khalifi and hanging onto the wing of a jet in flight—combined did nearly $1.4 billion in box office sales internationally. And one of the attractions of “extreme” sports and recreation is that the participants live to tell about it.

Thrill-seekers who happen to be in Shanghai can now literally live on the edge by dangling off of a safety rope from a 3.9-foot-wide skywalk with a see-through platform that wraps around the 88th floor of the Jin Mao Tower in Lujiazui, a peninsula locality in that metropolis.

The 60-meter (197-foot) skywalk is touted as the highest fenceless and all-transparent walkway in the world. At 1,115 feet above ground, the skywalk, which opened on July 29, provides breathtaking views of the city from a tower that is one of the world’s tallest skyscrapers. 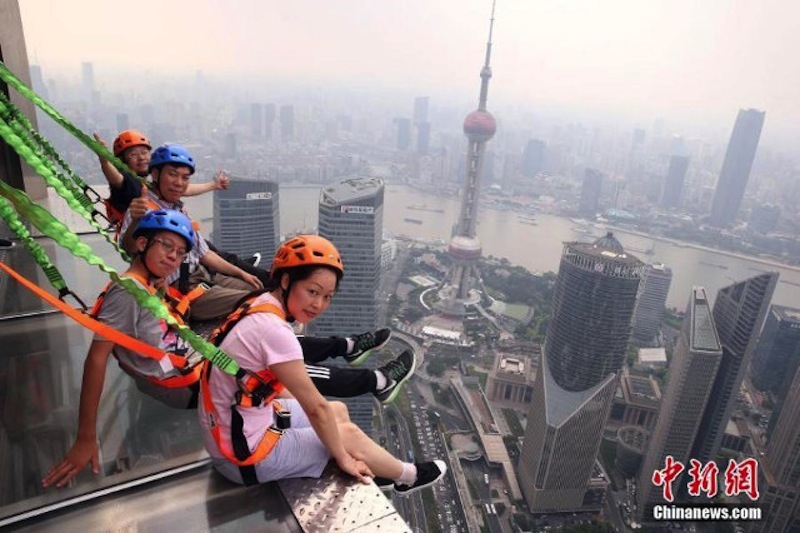 For the equivalent of US$58, visitors can spend up to 60 minutes in the open air, taking in Shanghai's modern cityscape. Image: 163.com via Mashable

Up to 15 visitors at a time can be harnessed to an overhead rail, and hang 10 over the ledge of the Jin Mao walkway for up to an hour. (They must sign waivers as a prerequisite, of course.) The height of the skywalk and time allowed on it outdo Macao Tower Skywalk X, which lets visitors take a 15- to 20-minute open-air stroll around the outer rim of the Macao Tower, 233 meters above the ground, according to China.org.

Skywalkers pay 388 yuan (US$58) for the Jin Mao attraction, with a discounted rate (298 yuan) for students. 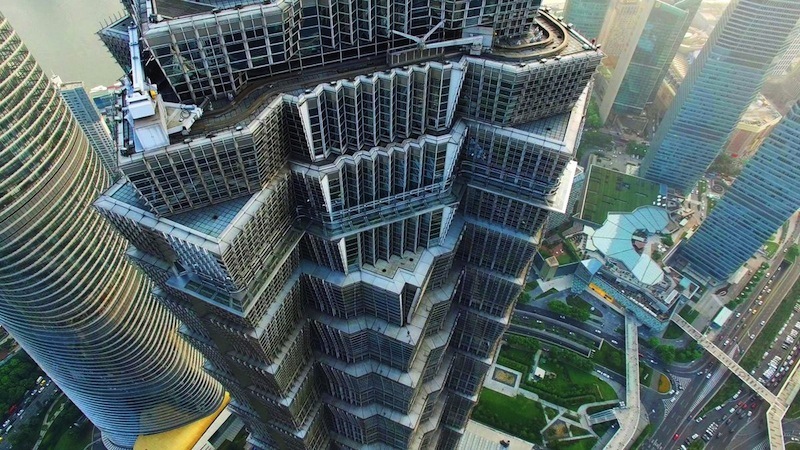 An aerial view of the 420.5-meter-tall Jin Mao Tower, one of the world's tallest skyscrapers. Image: BU BIAN/Imagine China/AP

The 402.5-meter-tall Jin Mao Tower, designed by architect Adrian Smith, was completed in 1999, according to the Wall Street Journal. It’s owned by Jinmao Hotel and Jinmao (China) Investments and Mana

Thinking beyond the stadium: the future of district development

The Seattle Storm’s Center for Basketball Performance will feature amenities for community youth, including basketball courts, a nutrition center, and strength and conditioning training spaces.