Leo A Daly led the reconstruction of the historic Burlington Station, Omaha, Neb. The 1898 Greek Revival train terminal, which was listed on the National Register of Historic Places in 1974, had been abandoned for nearly four decades. The client, KETV-7, a Hearst Television–owned station, wanted a downtown location with quick access to the interstate system and sufficient ceiling heights to accommodate the technological upgrades the ABC affiliate needed to stay competitive.

The Building Team installed new mechanical systems to save energy, minimize wall penetrations, and retain views of historic elements. A ’50s-era parking deck and an unsound passenger concourse, taxi drive, and plaza were demolished. The masonry envelope was stabilized and restored with salvaged matching brick. Six cast-iron columns in the baggage room were replaced with eight steel columns supported by concrete micro-piles sunk 80 feet into bedrock. 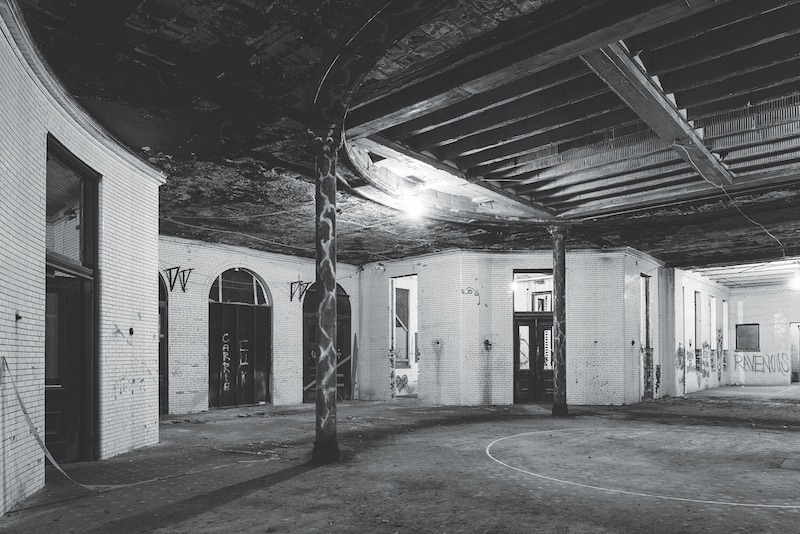 Before. Courtesy of Leo A Daly.