Upon completion in 1894, the 17-story Arc at Old Colony became one of the tallest buildings in Chicago. In more recent times, its stylistically antiquated spaces, outmoded technology, and deteriorating infrastructure made it unsuitable for commercial use.

Two exterior fire escapes were removed as part of the project, which meant that an enclosed staircase from the basement to the roof had to be built to provide a second means of egress. However, the building’s existing skin had large protruding cornices and brick kneels, which made the use of an outside hoist impossible.

So the team cleverly used a one-ton hoist to lift unitized sections of stairs up through the building and stage them on individual floors in three sections. 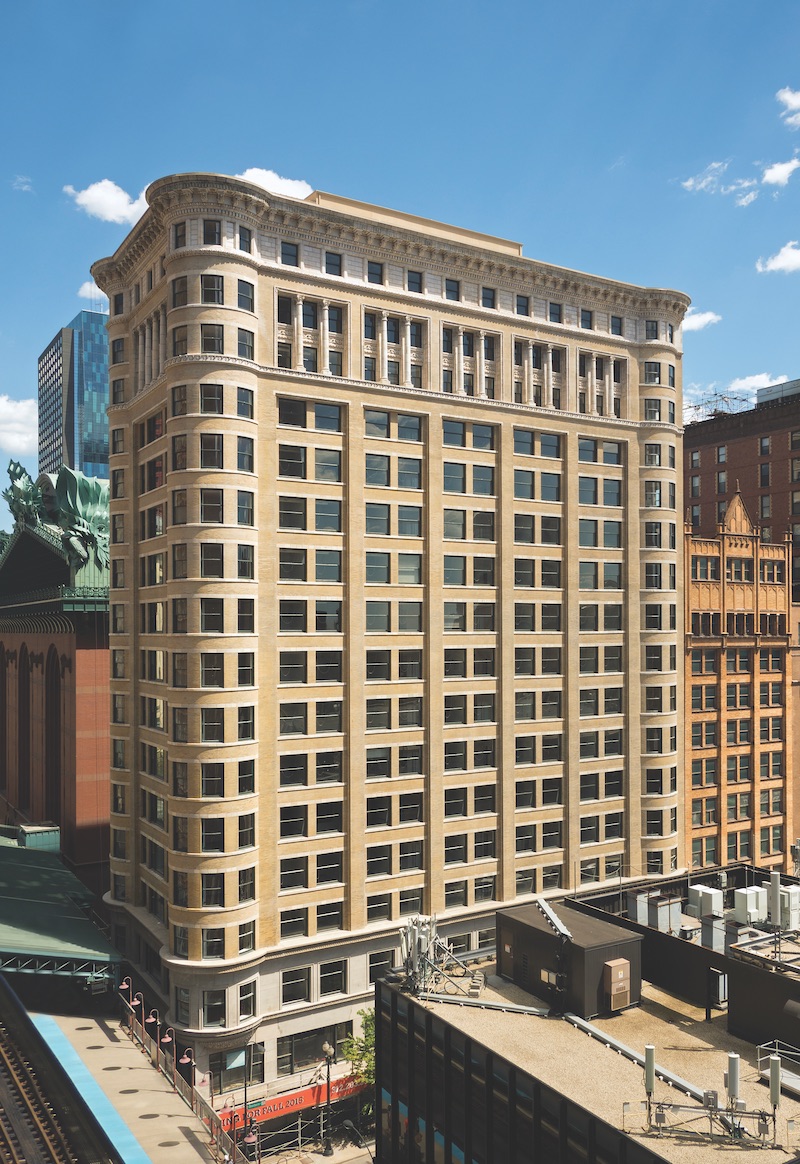