PLP Architecture re-imagines what it means to be a skyscraper

The Nexus Building, the focal point of PLP Architecture’s new masterplan in China’s Pearl River Delta, looks to feature a building that would be one of the world’s tallest, but the extreme height of the building, surprisingly, wouldn’t be its major defining feature.

According to Gizmag, PLP Architecture has split the building into three volumes, each one offset on equidistant axes, giving the structure the look of a giant Transformer in mid transformation. The firm says this type of configuration, while providing a unique and stunning aesthetic, will serve a functional purpose, as well. With a proposed height of 1,952 feet, this tripod-like design will be better equipped to deal with natural forces, such as high winds.

The Nexus Building looks to redefine skyscraper design by forgoing traditional core-based design. Besides providing the building’s support, these pivot points, the points where each of the three tiers meet, also create wide open views. By not having a central core, there is no need for pillars and supports that take up interior space.

Each level has floor heights of 15 feet with wide open spaces and plenty of windows to offer “a real connection to nature and the outdoors,” PLP Architecture Founding Partner David Leventhal told Curbed.

The structure would consist mainly of office space but would have space for an eight-story retail podium and will be topped with a 14-story hotel.

With such a unique and innovative building design, the use of regular old elevators for transporting people around obviously wasn’t going to get the job done. Instead, office workers will get to various parts of the structure via shuttles that run on a schedule like trains. There will be express cars that will take people to the central floors where the tiers intersect where they can then transfer to other elevators to get to their final destination.

If this plan gets put into action, the earliest possible completion date wouldn’t be until at least 2020. 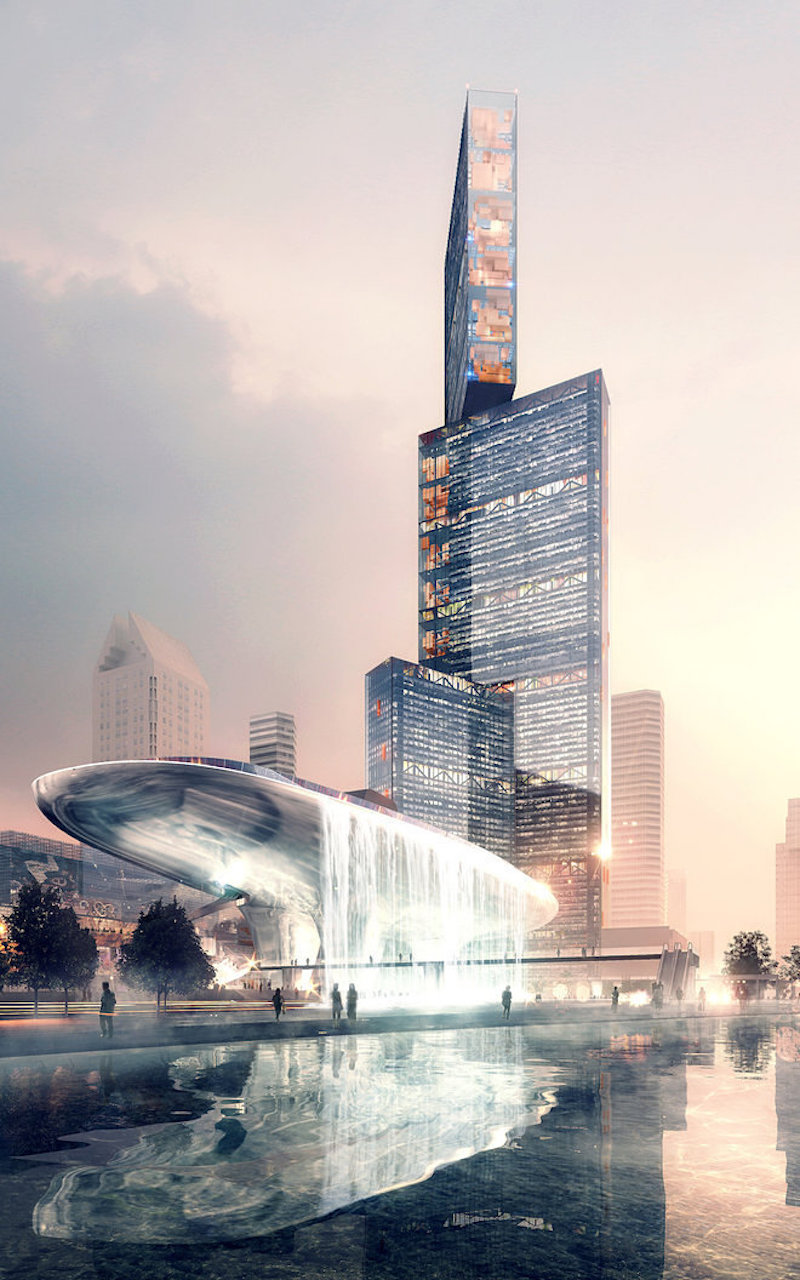 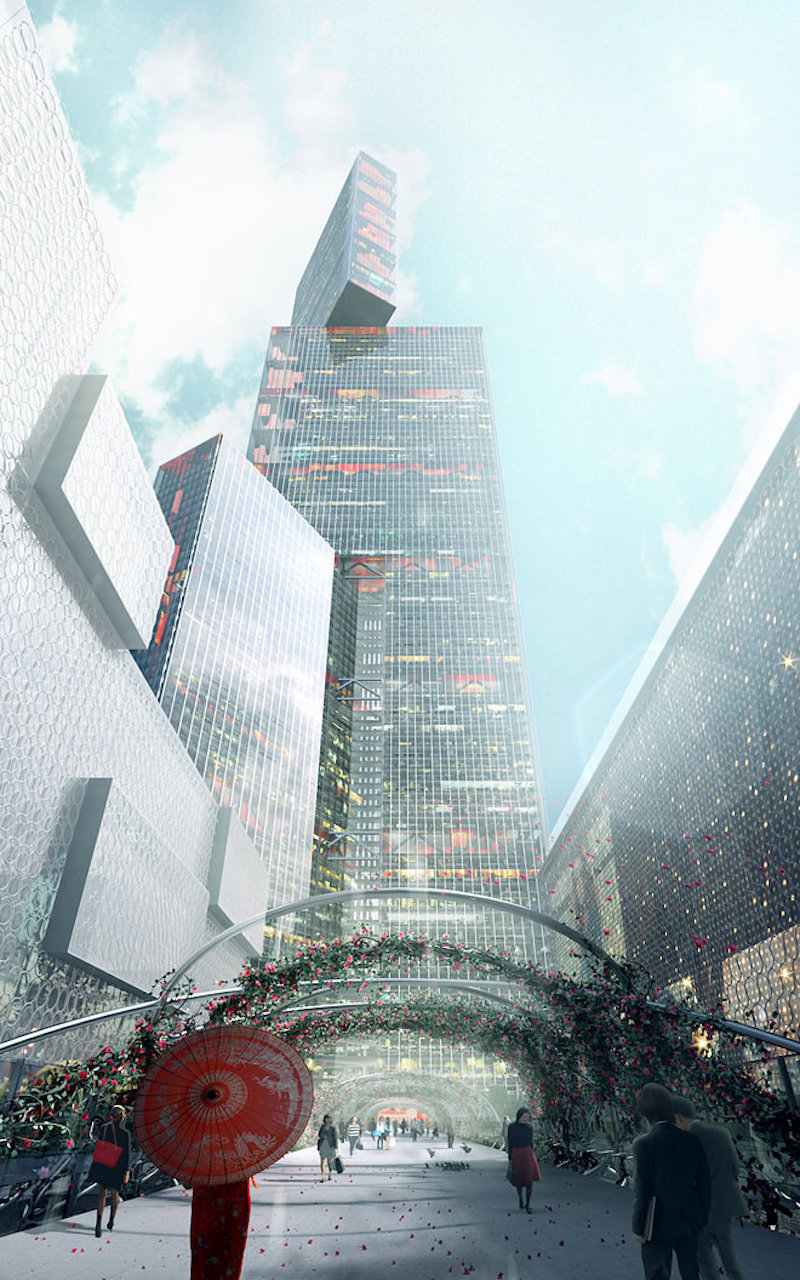 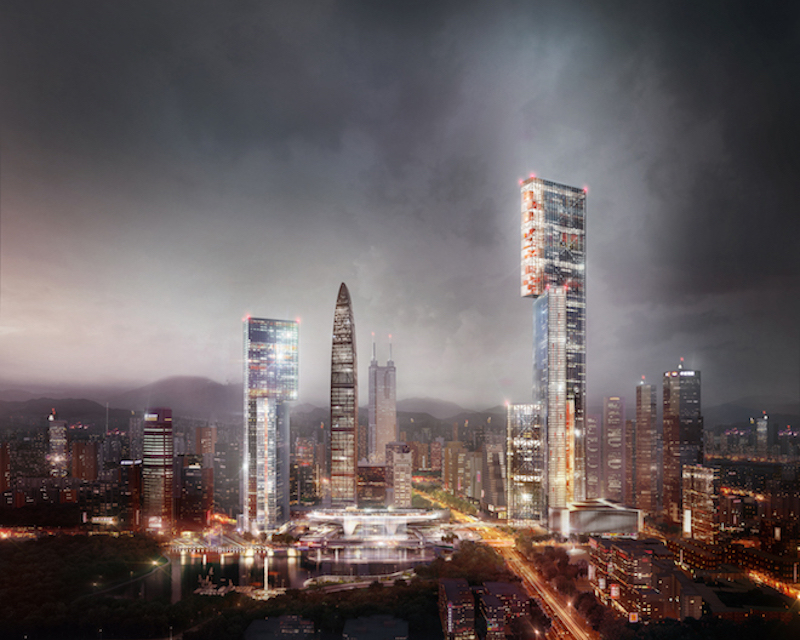 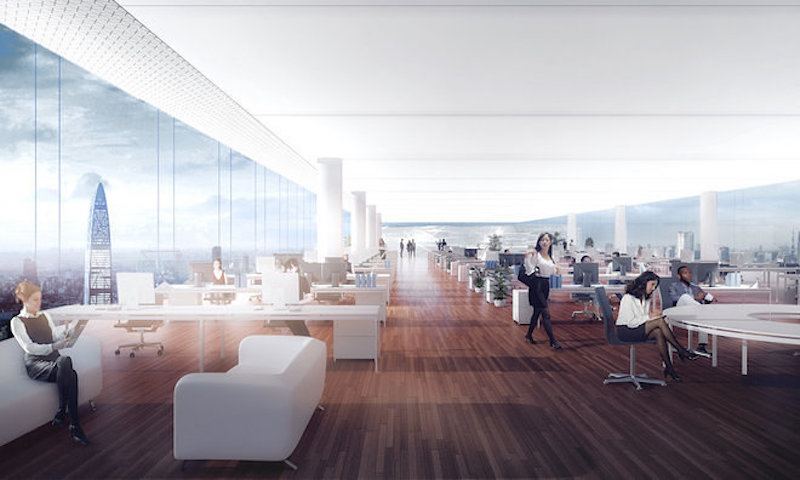 Reimagining the concrete and steel jungle, SOM sees buildings that absorb more carbon than they emit

The firm presented its case for a cleaner built environment during the Climate Change conference in Scotland.

SUMMIT One Vanderbilt completes in NYC

Summit One Vanderbilt immersive experience and observatory set to open

The project is located in the crown of One Vanderbilt.

‘Lighthouse’ office tower will be new headquarters for A2A in Milan

The anti-high rise: Seattle's The Net by NBBJ

In this exclusive video interview for HorizonTV, Ryan Mullenix, Design Partner with NBBJ, talks with BD+C's John Caulfield about a new building in Seattle called The Net that promotes wellness and connectivity.

The project will anchor the Thamrin Nine development.

A new portable restroom is designed for mobility

Design problems now the primary cause of construction claims and disputes

Reimagining the concrete and steel jungle, SOM sees buildings that absorb more carbon than they emit

The firm presented its case for a cleaner built environment during the Climate Change conference in Scotland.

SUMMIT One Vanderbilt completes in NYC

Summit One Vanderbilt immersive experience and observatory set to open

The project is located in the crown of One Vanderbilt.