Millennium Lakeside Garage—the largest underground parking facility in the U.S., equal in size to 12 football fields—hadn’t been waterproofed since the 1970s. Waterproofing it in support of the construction of the $60 million Maggie Daley Park (named after the late wife of former Mayor Richard M. Daley) took nearly 2½ years and 33,554 man-hours.

The waterproofing system (manufactured by American Hydrotech) consisted of seven layers: 1.3 million pounds of melted rubberized asphalt poured onto concrete, which needed to be constantly measured to make sure the spread was even and consistent, plus reinforced felt fabric, sheets of heavy-duty rubberized asphalt protection board, drainage mats, filter fabric, and 400,000 cubic feet of gravel overburden.

Once the garage was waterproofed, no trucks could drive on the surfaces. A large conveyor truck with an extra-long reach was used to shoot gravel over the waterproofing system. At the same time that waterproofing work was being completed on the top side of the garage roof, structural repairs were being performed on the underside of the roof slab. All told, 1,000 cubic feet of concrete were removed and replaced, which required 130,000 pounds of cement.

The garage, which slopes naturally north to south, was still plagued by pooling water problems, due to the lack of drains throughout the garage’s roof. The Building Team rectified this problem by installing numerous new drains and a composite drainage mat system. 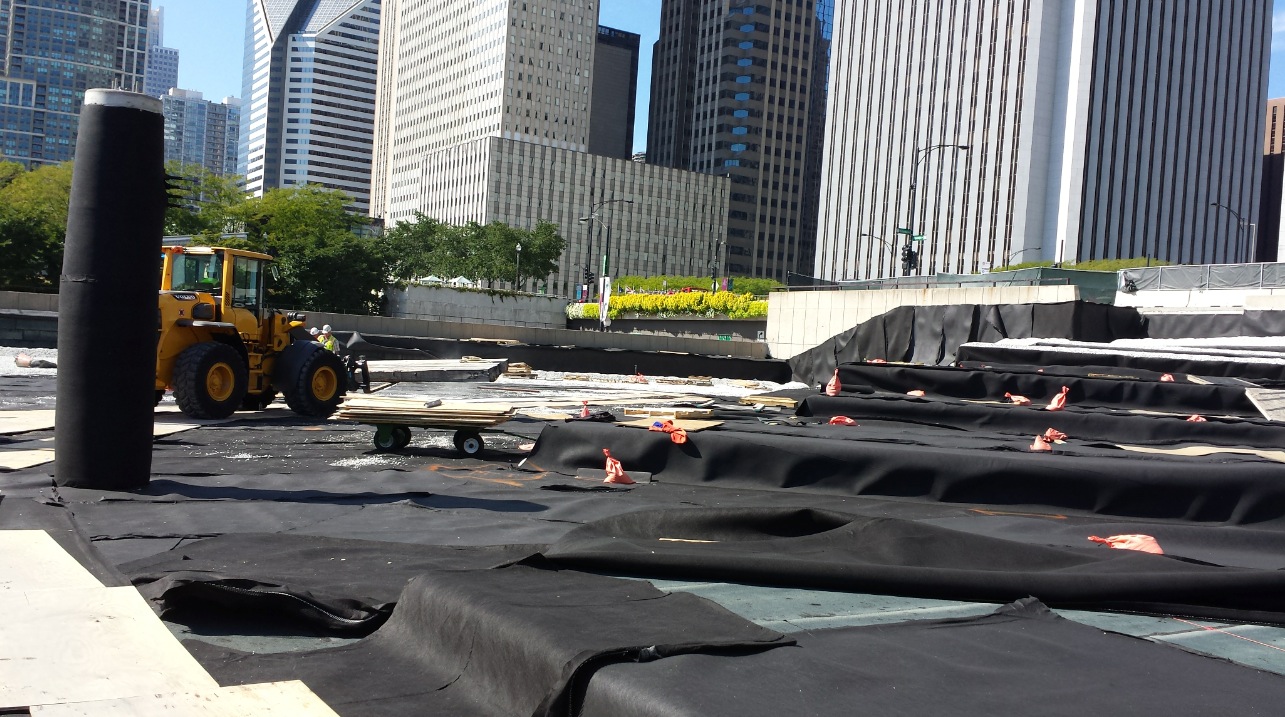