Catering to our natural circadian rhythm is a task designers are taking to heart. New research by interior landscaping firm Ambius (bit.ly/2MPpiy3) found that the typical office worker spends less time outside than prisoners. According to the survey, 35% of office workers spend no more than 15 minutes outside during their day, and only 26% say they spend more than an hour outside each day.

For many office workers, especially those who work in skyscrapers, stepping outside for a break is easier said than done. Is there a way for these workers to feel connected to the outdoors and gain the benefits mother nature provides? HOK seems to think so.

The firm developed the Circadian Curtain Wall concept, which provides building occupants with bountiful natural light and minimizes solar heat gain. The idea was born from a project HOK façade specialist John Neary, AIA, LEED AP, was working on for a load-bearing façade for high-rise buildings. Much of the aluminum was replaced with steel for added strength; Neary evolved the concept by using curved glass, thus giving the building skin more strength and wind resistance. 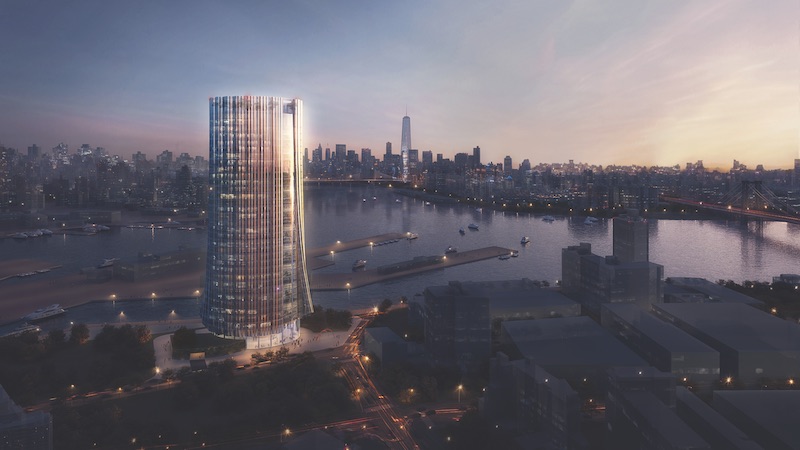 The curved, bubbled glass of the Circadian Curtain Wall allows building occupants to have wide-angled views of the outdoors while also bringing natural light deep into a building, keeping the occupants connected to the circadian rhythm of night and day.

The bubbled windows can be combined with an ovoid floor plate to provide a more active benefit for the building and its occupants: external shading. Regardless of where the sun is in the sky, the bubbled windows reduce the surface area exposed to direct sunlight and provide shading to adjacent areas of the façade. At any given moment, a tower with the circadian curtain wall would be 75% self shaded. A equal-sized tower with a traditional rectangular footprint would only be 50% self shaded. 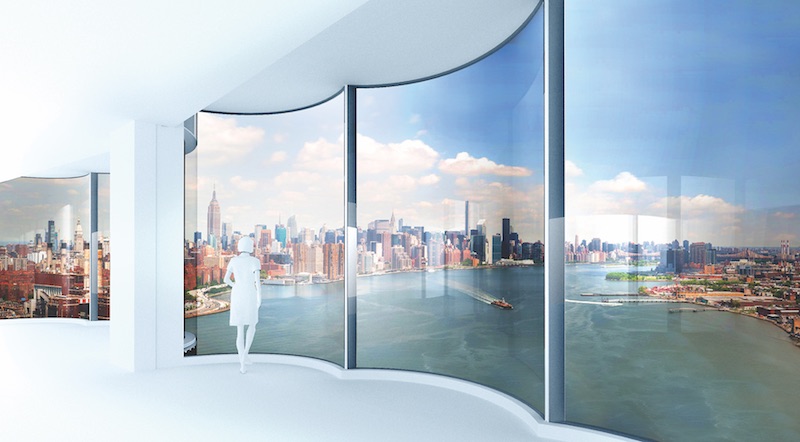 Due to the windows’ convex nature, sunlight would only hit them at a right angle in a limited area, significantly reducing solar heat load. Some external shades would still be needed. In an effort to not spoil the views, Neary and his team proposed using automated shades stored in a ventilated six-inch cavity between an exterior piece of glass and insulated glazing on the interior of the building.

WSP Built Ecology conducted daylighting and energy model simulations and found the Circadian Curtain Wall can reduce energy use by 16%, peak cooling load by 24%, and peak heating load by 27% in a 30-story building.