Construction Backlog and contractor optimism rise to start 2021, according to ABC member survey Associated Builders and Contractors reported today that its Construction Backlog Indicator rose to 7.5 months in January 2021, an increase of 0.2 months from its December 2020 reading, according to an ABC member survey conducted from Jan. 20 to Feb. 2. Despite the monthly uptick, backlog is 0.9 months lower than in January 2020. 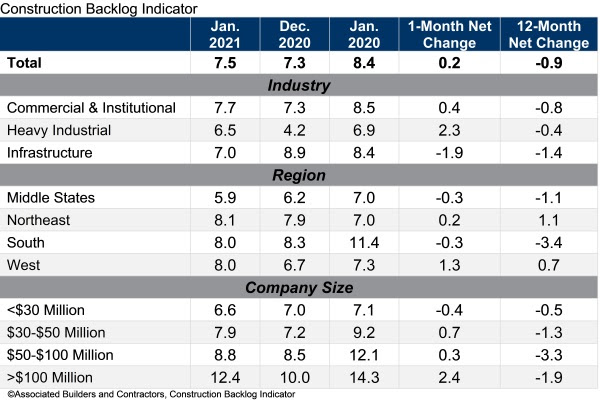 ABC’s Construction Confidence Index readings for sales and staffing levels increased in January and remain above the threshold of 50, indicating expectations of growth over the next six months. The index reading for profit margins remained below that threshold, slipping to 47.5 in January. 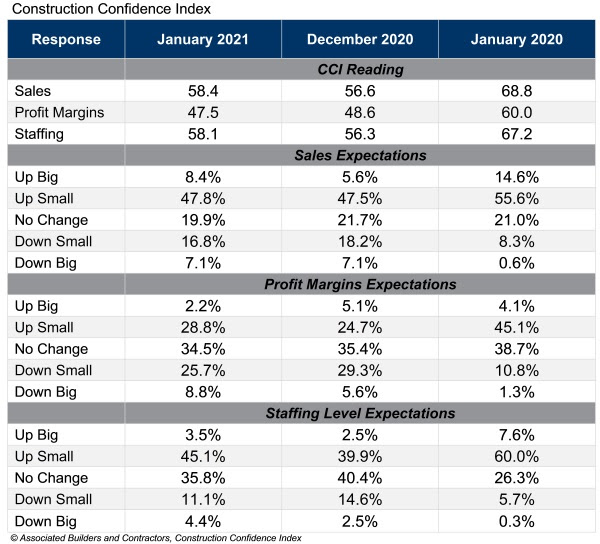 “Though nonresidential construction spending has continued to recede for the better part of a year, the growing consensus is that the next six months will be a period of improvement,” said ABC Chief Economist Anirban Basu. “While backlog is down substantially from its January 2020 level and profit margins remain under pressure, more than half of contractors expect sales to rise over the next six months and nearly half expect to increase staffing levels.

“The anticipation is that the second half of the year will be spectacular for the U.S. economy from a growth perspective, which will help lift industry fortunes as 2022 approaches,” said Basu. “But that is not the entire story. There are also public health and supply chain considerations. During the COVID-19 pandemic, many contractors experienced repeated interruptions in project work. Acquiring key materials and equipment has also become more difficult, with occasional price shocks for certain commodities. With vaccinations proceeding apace, many contractors will benefit from fewer interruptions going forward and the restart of many postponed projects.” 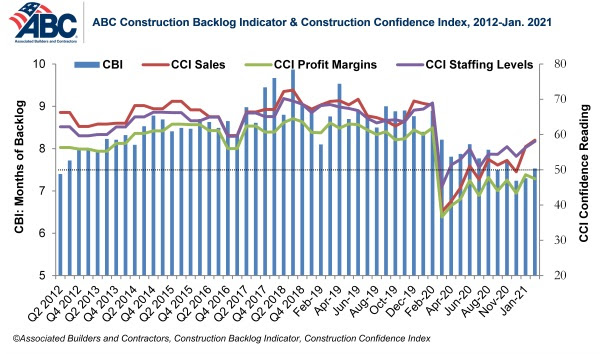