The building was large, but not unusual, with an equally sizeable floor sheathed with OSB. What was unusual was the enormous amount of rain that unexpectedly doused the site during construction. Luckily, the developers had the foresight to include temporary expansion joints, and the project continued without a hitch after the deluge dried up.

While temporary expansion joints may seem like a minor detail, omitting them can have severe consequences where humidity or moisture come into play. When wood structural panels (plywood and OSB) are exposed to moisture during construction, the wood absorbs moisture, and panel expansion may occur.

“We recently saw an example of just how important expansion joint detailing is,” said Karyn Beebe, PE, an engineered wood specialist for APA.  “In a large condominium project, a 174-foot long floor was exposed to nine inches of rain within two months during the framing stage of construction. The floor panels expanded and the framer reported the first story walls were leaning out of plumb up to 1-1/2 inches, forcing the crew to realign the walls.”

For smaller buildings, the recommended 1/8-inch spacing of floor, wall or roof sheathing panels will usually allow panels to expand without affecting wall alignment, assuming no unusual moisture conditions or aggressive fastening schedules. The larger the building, the larger the potential for adverse effects to framing caused by expansion of moisture-laden panels, Beebe explained. In large buildings with continuous floor or roof decks constructed of plywood or OSB, the effects can be more noticeable.  Results of the expansion can include the displacement of framing at the building’s perimeter and out-of-square window and door openings. 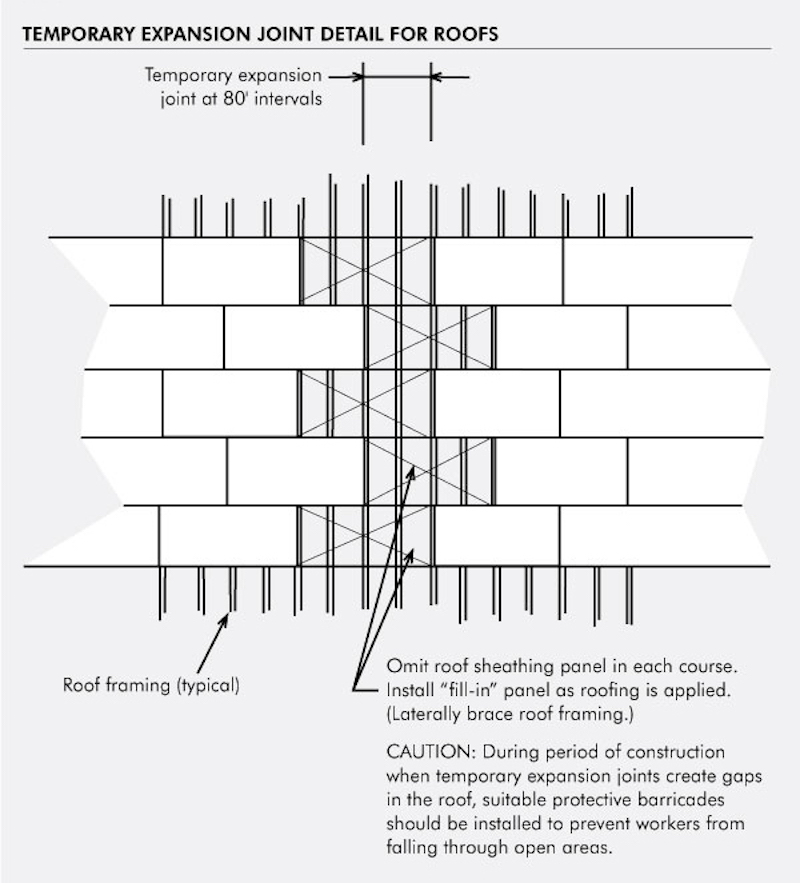