The ins and outs of inmate healthcare

What happens inside prison walls stays inside prison walls. Well, not really. In the U.S. alone, 95% of inmates will return to society. Research has shown that inmates are getting older and sicker. More than 42% of state and 38% of federal prisoners report having a chronic condition. The numbers make a profound statement: Inmate healthcare is a public health issue.

These compelling statistics are why Dave Redemske, health planning principal, applied last year to become one of the inaugural Fellows in the HDR Fellowship Program.

“The bulk of incarcerated individuals will eventually get out of prison,” Dave said. “If we do not properly treat their medical and mental health needs, these inmates will bring those issues back into society. This could have a severe impact on the health and well-being of our local communities.”

Dave recently completed his research, which included an in-depth literature review on the topic. He’s also submitted a draft of his findings to our Fellowship Committee. 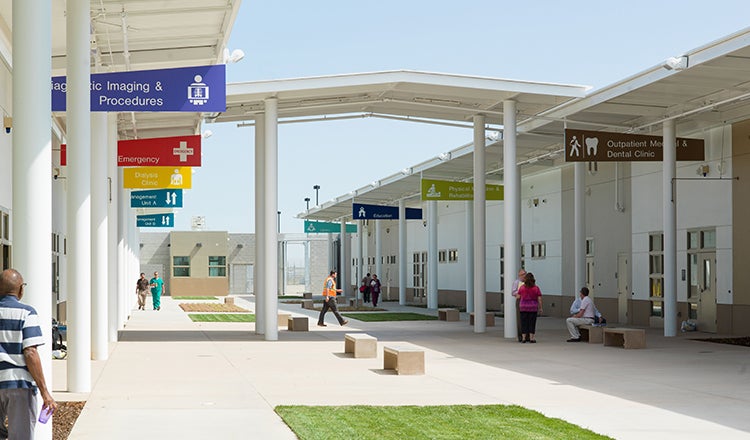 A New Field of View

Why this topic? Dave became interested in correctional healthcare while working on a project in Sacramento, California, where he was part of a team competing for a project to address inmate healthcare.

“I became fascinated by the building type, especially when talking with nurses. We found ourselves discussing topics that were very foreign to the healthcare side,” he said. “Healthcare and corrections are two worlds that traditionally have not wanted ‘to exist together’ since healthcare involves using many instruments and devices that can be weaponized — the last things you want to have around inmates.”

Another example of the contradiction arose when Dave listened to nurses talking about the need to incentivize wellness for inmates. “If you or I go to the hospital, we can’t wait to get out; we want to be home. But an inmate gets to experience a private room, special meals and all kinds of attention,” he said. “They don’t want to go back to prison. The idea of incentivizing them to get better was strange to me and made me more interested in pursuing the topic.”

During his year of research, Dave immersed himself in 744 online records relevant to the topic. Of those, he identified 159 that were most pertinent to his area of focus. To help narrow the scope, he focused on the U.S. prison system only, excluding jails, as well as juvenile and international facilities, which could be areas for further research.

To help organize the research, he broke the subject down into several types of care, including ambulatory and general, elder, women’s, emergency/trauma, mental health, dental and palliative (including hospice). 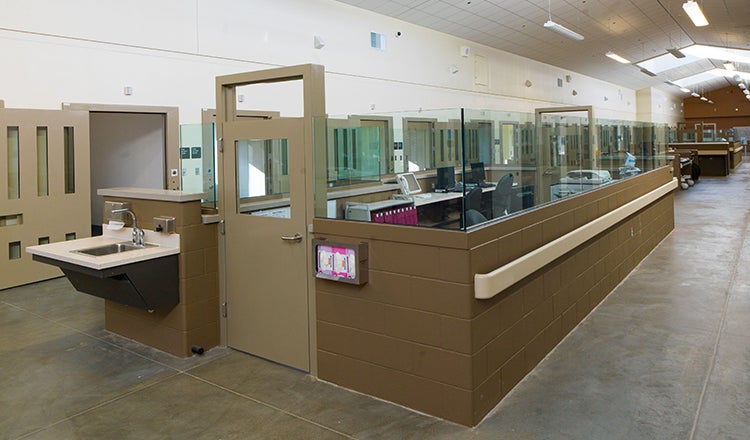 Conclusions and a Checklist

Dave learned much in his research, with his overriding conclusion being the tremendous lack of consistency in how health care is provided to inmates. “Sometimes they’re taken to a local hospital and sometimes care is provided within the prison itself,” he said. “The amount of variation in how healthcare is contracted is very surprising. There are many different methods, including regional health facilities, academic centers, private providers, public health agencies and more. It differs from facility to facility, even in the same state.”

As a result, Dave developed a checklist for state departments of correction to use in determining where they can best provide care. “The checklist will not only help them make decisions now, but also get them on the path to gathering the data needed to make the right choices; I found that many facilities are far behind in their use of data and technology,” he said. “State budgets determine their funding, so having accurate data on demographics, care types, etc., based on the checklist, will ultimately aid state DOCs in their ability to provide cost-effective care through smart choices. That benefits the state and taxpayers alike.”

Dave noted that providing appropriate health care for inmates is a controversial issue, but there are minimum constitutional standards of care. “There is some pushback on the topic and that’s understandable,” he said. “For example, evidence-based design tells us that views of nature help with patient outcomes. However, having communities understand why inmates should have nice window views is a tough sell. There can be a cost benefit, though, if the cost of care and the number of return visits go down, and if health conditions are fully treated before inmates return to society.”

Among Dave’s other findings:

— More than 50% of the incarcerated population suffers from symptoms of a mental health condition.

— 75% of women in prison were physically abused at some point prior to incarceration, and 59% were sexually abused as a child.

— $7.7 billion was spent on inmate care in 2011 (the most recent stat available), and 238 facilities in 32 states did not meet the required constitutional level of care.

Dave believes we can incorporate the above and related information when designing correctional facilities and when we serve in advisory roles to justice and health clients. He recommends forming a correctional health team to help address the issues and advance our expertise.

“The fellowship has allowed us to take a deep dive surrounding this topic and we are now even more well-versed in the state of the industry and in the myriad of issues, including political sensitivities and challenges facing the states and institutions,” Dave added.

Already slated to present his research at several industry conferences, Dave plans to submit his findings and the checklist to peer review journals, and plans to publish a book summarizing his results.

“To be able to focus for an entire year on the fellowship was a once-in-a-lifetime opportunity. Taking a deep dive into a subject matter was so satisfying and proved to be a tremendous experience,” he said. “I was honored and thankful to take on the project and loved every minute of it.”

To help address the current climate emergency, a new way of thinking across the entire architecture, engineering and construction industry is imperative.

While student and faculty health and well-being should be a top priority in all spaces within educational facilities, this article will highlight some key considerations.

Every effort is made to assure that captured insights and observations are authentically from the children.

It is essential for both designers and environmental services to know the active ingredient(s) of the cleaning products being used within the facility.

Understanding the complexities of a community by pairing quantitative data and human needs.

In a world where the construction industry is responsible for 40% to 50% of CO2 emissions, renewable ma­terials, such as wood, can help mitigate the rate of global warming.

Our solutions to both today’s and tomorrow’s challenges lie at the convergence of technologies, industries, and types of care.

10 compelling multifamily developments to debut in 2022

A framework for workforce housing, environmental repair and economic balance.

In gathering this constant flow of data and recognizing the shifting trends, how can educational institutions make informed choices and smart design decisions that lead to higher efficiency and improved control over capital budgets?