There’s good news about metal roofs.  According to recent research—a metal roof can last at least 60 years.  That’s as long as the expected service life of a commercial building, making the metal roof, effectively, a permanent roof—one that, with minimal maintenance, will never have to be replaced.

Research was directed and authored by Metal Construction Association (MCA), three independent consults, and their firms.  Their findings were issued by MCA and Zinc/Aluminum Coaters Association (ZAC) in a report.  And in that report, the result was this: 55% Al-Zn coated low-slope steel standing seam roofing systems suffer very little corrosion if properly maintained.

Fifty-five percent Al-Zn coatings, including trademarked brands such as GALVALUME and Zincalume, are a relatively recent improvement over traditional zinc galvanizing. The two metals combat corrosion from different approaches. If the coating is scratched and moisture contacts the steel, the zinc at the edge of the scratch will be sacrificed (on a molecular level) to protect the steel. The aluminum stays in place preventing the corrosion from spreading.

Buildings in five climate regions of the US were studied, 14 buildings in all. The range of climate conditions covers different combinations of temperature and humidity, factors that would be expected to impact the corrosive potential of the environment: Hot-Dry, Hot-Humid, Cold-Dry, Cold-Humid, and Moderate-Acid. The acidity of precipitation is another significant factor that varies widely among the 14 study sites.

In addition to building inspections, the study included independent laboratory analysis of metallic corrosion of all the significant elements of the roof system: roof panels, component and sealants, and integral ancillary components such as fasteners.

Inspections showed an absence of significant corrosion (red rust) of roof panels, even in areas that might be expected to be the most vulnerable such as panel profile bends and sheared edges. These observations were made on roofs up to 35 years old.

Based on these results, an unpainted low-slope metal roof can be projected to last at least 60 years in a wide variety of North American environments, which equals the total building service life assumed in LEED version 4. (Sixty years is the most conservative estimate. The actual projected life of the roof, based on this study, can be much longer.) 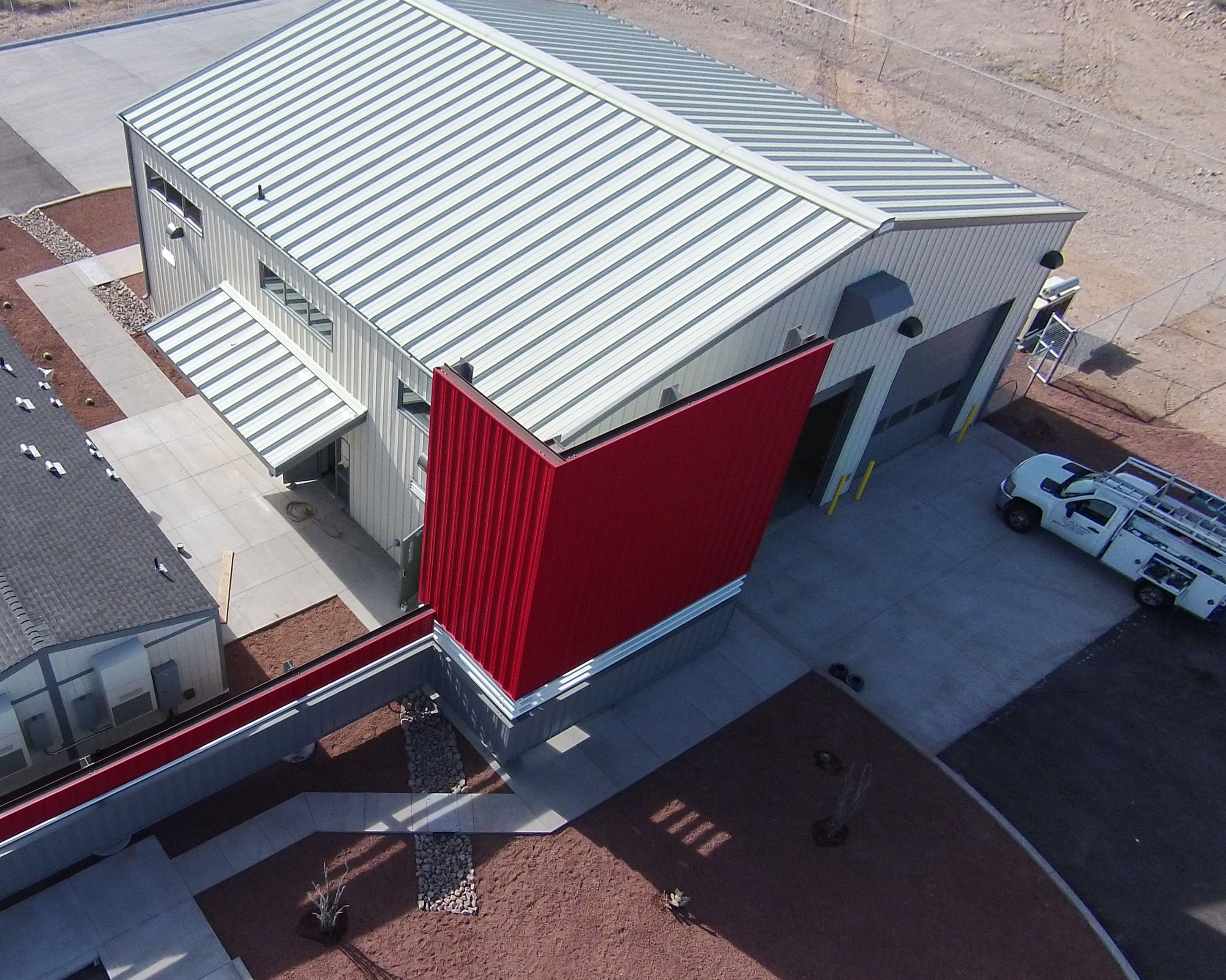 This long life prediction comes with two caveats. First, some of the ancillary components of the roof system might not be as long-lasting, and may need replacement at some point in order preserve the service life of the roof overall. Common zinc plated fasteners, for example, would probably not last the life of the roof.

Second, proper maintenance is necessary. Inspection and cleaning at least once a year are recommended. Twice a year may be more appropriate in locations that experience snow: once before the winter, and once after to check for damage that may have occurred during the snow season.

The study shows that metal roofs represent an excellent investment. Non-metal roofs used for commercial buildings generally require one (or more!) replacements during the course of 60 years. A roof that lasts as long as the building has got to be considered a great deal. 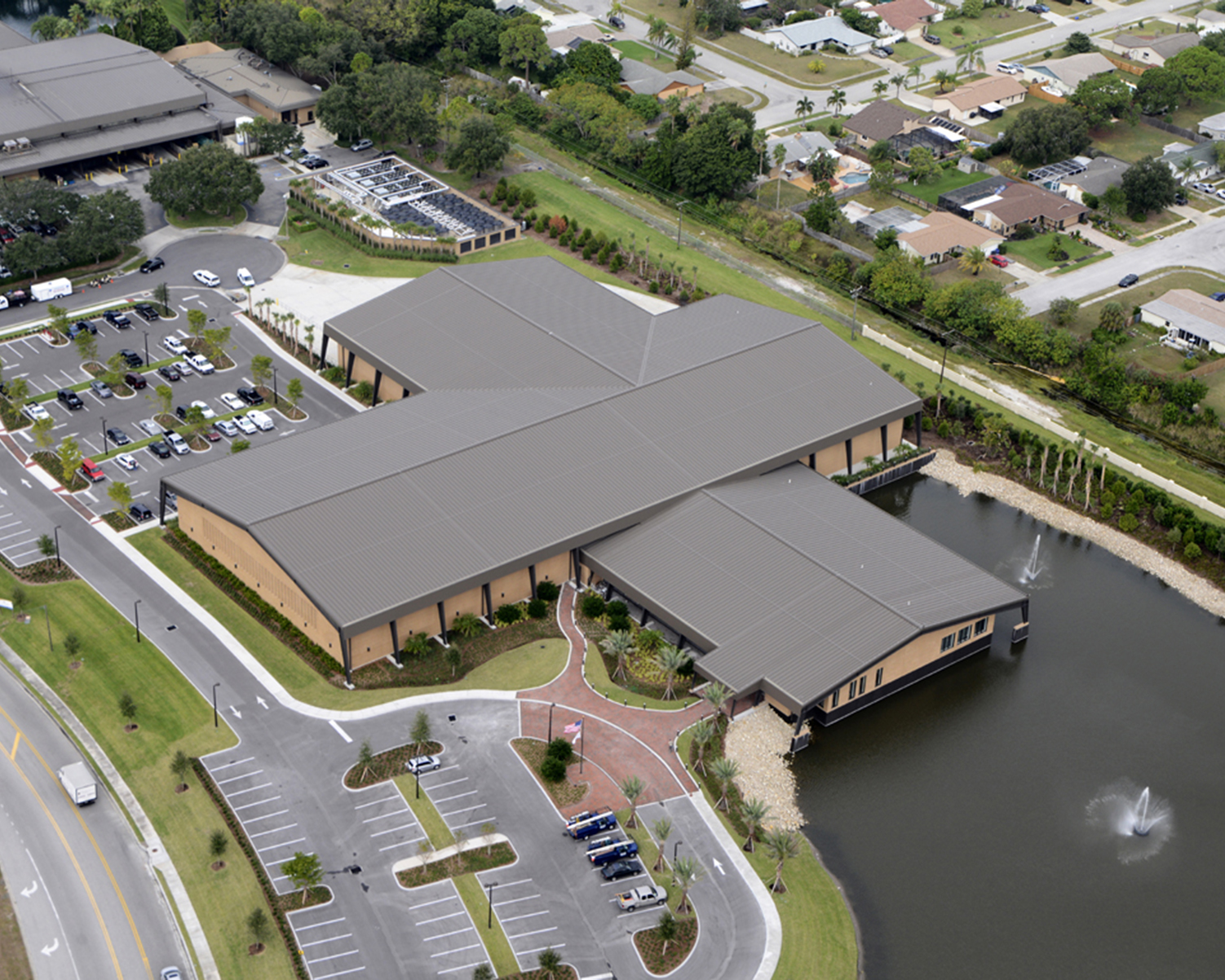 No matter what structural material you build with, be it steel, concrete, or wood, water is the enemy.

The basic idea of a rainscreen is to have an exterior surface – a cladding layer - that breaks the force of sideways, wind-driven water movement, so that any water which gets through the small breaches in the surface has lost its momentum.

Building owners worry that a problem will occur and no responsible party will fix it. This is when your choice of builder matters.

The state of the art in livestock housing

Building for now... and the future

Going solar has never been easier

There is an efficient system for mounting solar panels to roofs and turning roof real estate into raw power.