Hitting the bullseye on a moving target

A business owner wanted his corporate headquarters to share the visual brand of his dealership. McCluskey Automotive is a chain of Cincinnati car dealerships specializing in pre-owned vehicles.  Its owner, Keith McCluskey, who also owns a prominent Chevrolet dealership, is an entrepreneur with a strong sense of branding.  He wanted his corporate headquarters to share the visual brand of his dealerships, white walls with prominent deep-blue accents, in this case being expressed as a large atrium with a double-angled deep-blue window-bay that dominates the front of the building.  The new HQ – sited on six acres – would include not only offices, but an elaborate service area where the company could prep used cars for sale, and considerable car storage.

Working with MSP Architects, a 160-year-old architecture and engineering firm, the building’s design was developed through a highly collaborative process. Randy Merrill, MSP Vice President of Architecture, recalls that it stretched over a period of several months. “Keith would come back from a trip,” Merrill remembers, “and he’d show me a building he liked and say, ‘Can we do something like this?’  It probably took about six months,” from the start of design to the selection of the contractor.

The new HQ has a two-story office area in front that houses all the corporate managers, all online car sales, the accounting department, the human resources department, and employee training facilities, over 20,000 sf total floor space.  Behind the office is the shop area, where incoming used cars are processed.  It includes a complete car detailing shop with a wash bay, a engine steam-cleaning bay, large truck service bays, an area dedicated to installing rhino liners in truck beds, a paint booth, and finally, a state-of-the-art photo studio with an eighteen-foot diameter turntable, so incoming cars can be photographed from every angle for sales images. 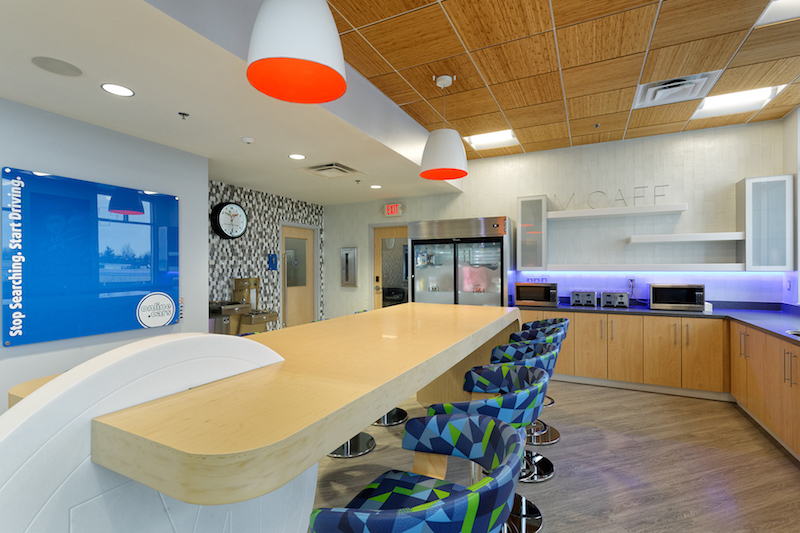 The decision to use a metal building system for the shop was easy.  It’s an ideal type of structure for car and truck service, providing a wide clear-span where cars can be maneuvered, and easily accommodating the height needed for putting a truck up on a lift.

The choice of a metal building system for the front, two-story offices was a far less obvious call.  Merrill went for it because of his faith in the Star builder, Conger Construction.  “We had worked with Conger on a number of projects,” Merrill explains.  “Trying to use the Star Building System as much as we could, Larry Conger suggested we do the office using a Star building.  The iconic double-angled atrium was a key part of the brand image that Keith wanted, something with star power that he could take and apply to his dealerships. If it wasn't for Conger, I would never have let that front be pre-engineered metal building componentry, because I didn’t think that anybody else could pull it off.”

“Obviously, we had some engineering complexities we had to work through,” recalls Larry Conger, a Star builder since 1999.   Conger Construction provided not only construction management services on the project, but also design-assist services on the metal building system components.  “When we don't have the ability to meet all the design criteria in-house,” Conger continues, “we'll send it in to customer service at Star, and work with Star through their customer service department and engineering department to meet the requirements in regard to the floor loading, and exterior wall loads, and roof loads, and roof types, and all the other complexities that can take place in a project of this nature.”

The office section is a metal building system that completely belies the stereotype of a metal building.  It has two floors – a further engineering complexity – implemented by a large mezzanine that covers most of the footprint of the front structure.  The massive cantilever of glass projecting from the front of the atrium makes a bold architectural statement.  The appearance is further enhanced by a combination of finishes.  There are several metal panel products, including ACM panels for the signature blue surfaces.   EIFS (Exterior Insulation and Finish System) covers much of the remainder of the front-building façade, with a foundation-like course of natural stone at the base of the exterior walls, and two tall stone “buttresses” rising at either end of the building, which further disguise the true nature of the structure.  The single-story metal building system at the rear of the complex features PBR siding and a BattenLok roofing system. 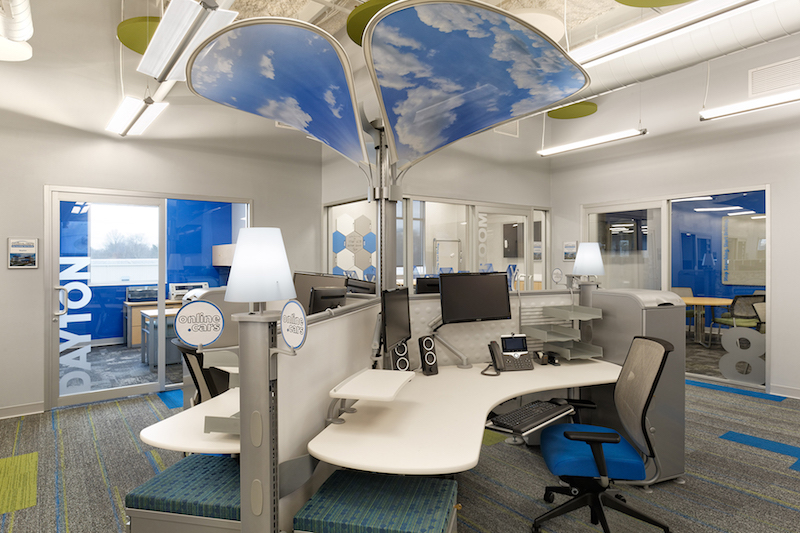 Conger confides that the great challenge was keeping up with the design, which was a moving target.  “The project involved quite a few change orders, not because of design flaws or anything like that, but because the owner decided to do additional scopes within the project, throughout the course of construction.”  He mentions one example, the great stairway in the building’s front area.  “It changed from just an enclosed stairwell to being a real focal point, an open stairwell with glass and stainless steel hand rails.”

Conger’s response was to collaborate and keep communication channels open.  “We always try to be accommodating to the owner’s needs and desires, but sometimes that does become challenging as far as trying to keep the project on schedule and moving forward.  We worked through those design changes and adds with the architectural team and kept them involved throughout the course of the project, so they were abreast as to what was going on and what was changing, and worked with them on modifying the drawings and they things that needed to be changed.  With Star, for the most part, it was a pretty seamless erection.” 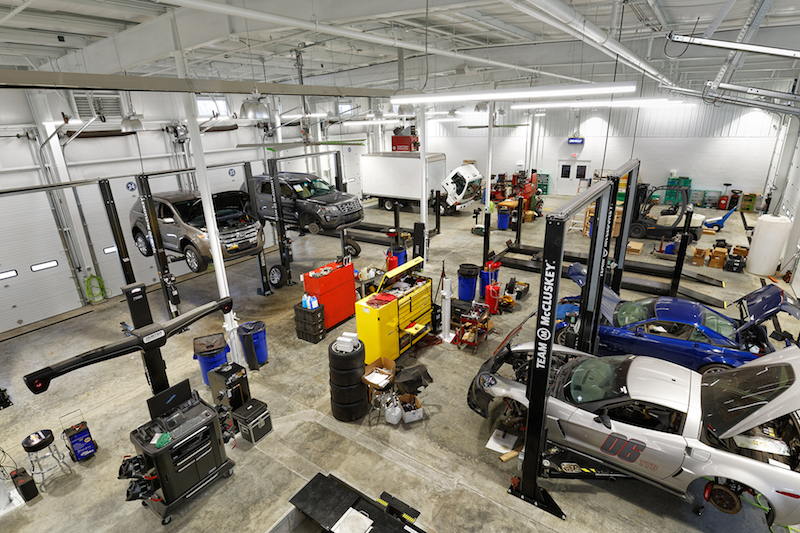