The future of libraries

An interesting trend has been unfolding in academic libraries. The library has been welcoming new neighbors. Specifically, programs that support student and faculty success such as math emporiums, writing centers, academic enrichment programs, and excellence-in-teaching centers, are now being given prominent real estate within the library. Before examining the opportunities and challenges of these synergies, it is important to place it in the larger context of the academic library's evolution and the significant moment this trend represents. Namely, that the arrival of new neighbors within the library heralds the emergence of the third generation of academic library design. 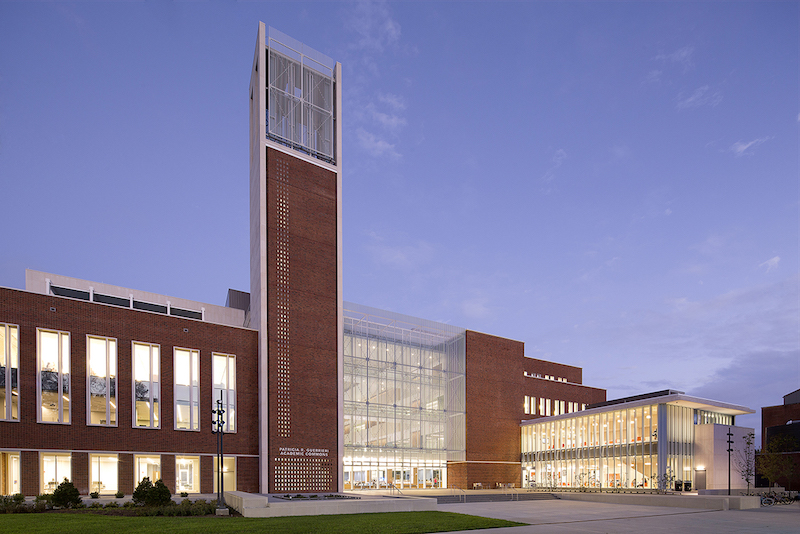 Opened in September 2016, the Salisbury University Patricia R. Guerrieri Academic Commons is new heart of the campus, bringing together a variety of  student, faculty, and community spaces including 2,000 new student study seats.

If we're moving into the third generation, you might be wondering what makes up the other two generations. You probably recognize the first generation—it's the one most of us grew up with. Predating the digital revolution, this generation was defined by the notion that information was a limited, valuable, and delicate resource that needed to be safeguarded. The library existed to protect materials from environmental degradation and theft. The librarians were the Swiss Guards of the library, the first line of defense and the guardians of access. Patrons' access to the material was limited; therefore, study seats were focused on the individual's engagement with the source material, not one another. 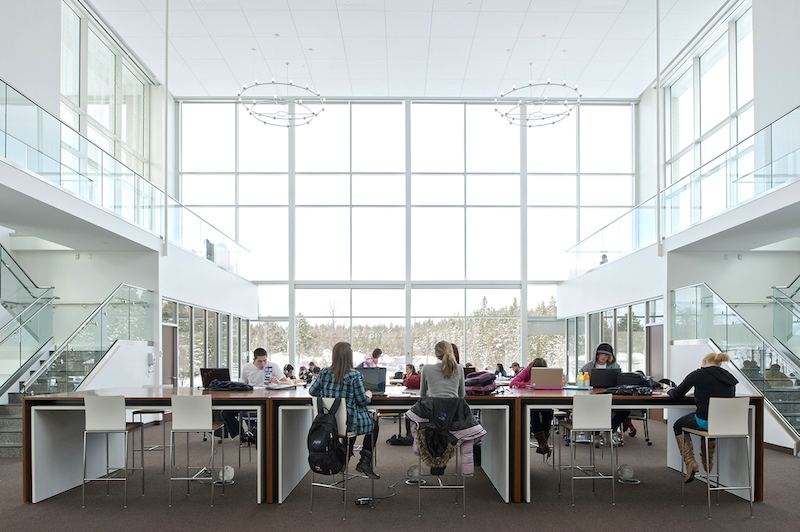 The third generation of libraries celebrates engagement: with one another, with information, and with the landscape.  The University of New Brunswick's Hans W. Klohn Commons celebrates all three.

The emergence of computers, the internet, and the resultant ubiquity of digitized information are the hallmarks of the second generation. This model began in the early 1990s and proliferating into the present. Today, one would be hard-pressed indeed to find an academic library without computers throughout. It is worth noting that much of this era was truly a time of existential crisis; the death of the book and the imminent demise of the library were dominant discussion points within academia. As this generation came of age, however, it became clear that books were not going anywhere anytime soon. Rather than replacing analog media, the new technology merely enabled patrons to engage with the material and one another in new and dynamic ways. "Collaboration" became the buzzword as academic libraries scrambled to replace their traditional reading rooms with buzz-word titles like "information commons" and "media labs." Libraries became technology-rich laboratories, testing new ways for students to work in groups, supported by a multi-media environment. The second generation de-emphasized individual contemplative study, celebrated group work, and fetishized technology.

This manifestation of the library as a learning commons was seductive. I remember the debates around board room tables when administrators, librarians, trustees, and designers like myself, debated whether computers had any place in a library. While some viewed the computer as the natural extension of information access, others saw it as the first step toward reducing the library to computer-lab status. In some ways, what resulted was a blend of both these scenarios—for better or for worse. We began to confuse technology with substantive content. Much like other innovations over the millennia—from papyrus scrolls to the printing press—modern technology systems are merely another form of conveying media. Each innovation has revolutionized how humans interact with one another, but they are never more than a means to an end; a new way of expressing information between humans. In testing out the possibilities of the digital, the pendulum swung too far the other way.

The third generation moves beyond this infatuation with technology and collaboration. Instead, the focus is shifting towards engagement—engagement with information (in its many forms) and engagement with one another. Increasingly, schools are integrating the spirit of the athenaeum, a place to model and coach the pursuit of learning, so that students enter the working world with an orientation toward collaborative learning and a confidence in their own ability to learn. These skills are built through both team-oriented learning and self-guided research and discovery. The third generation library has become, in short, the place to learn how to learn. 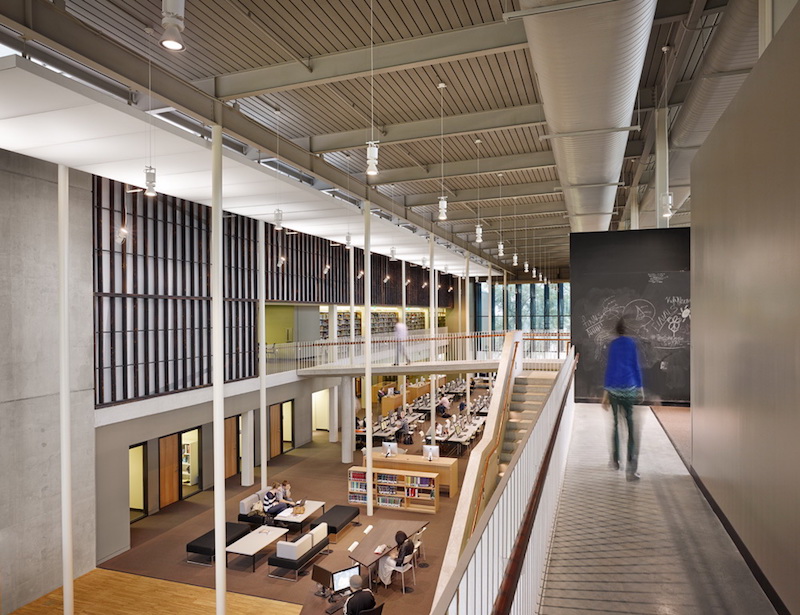 The third generation library integrates both group and individual study. Libraries are acknowledging the importance of academic collaboration, not just solitary reflection. Rejecting the wholly atomized layout of past libraries (organized around singular student desks or carrels), contemporary library design offers spatial diversity—dynamic spaces for collaboration as well as spaces for individual study. For example, St. Edwards University's Munday Library makes use of a series of playful table shapes to allow students to iterate their working space based on their needs. Rather than prescribing how students should interact by slicing valuable library space up into desks or providing row after row of computer, the third generation library allows users to define their own library experience by manipulating their environment. Through this process, students learn what configurations work best for the task at hand, and experience directly how the library contributes to their academic success. 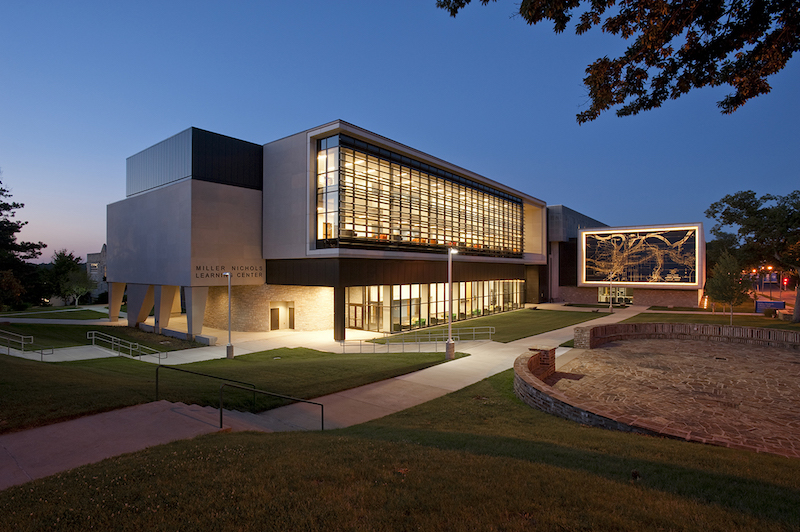 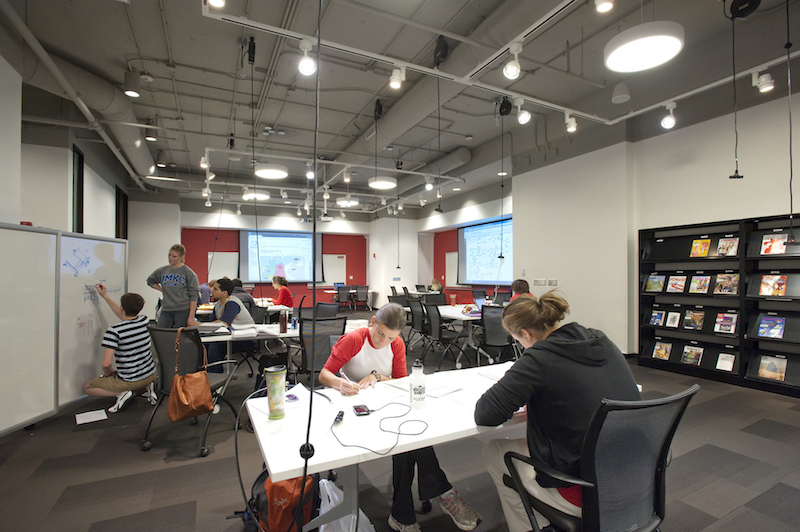 The quality of librarian workspaces is, of course, closely linked to these evolving intentions of library usage. As roles evolve within the library, librarians are increasingly freed up to assist patrons with more engaged questions and research initiatives that celebrate their expertise, and support staff have more time for other tasks. But do their spaces support these tasks?

Despite promising changes in the roles and perceptions of librarians, it is often difficult in current spatial layouts for patrons to locate and access librarians and library services. A survey of academic librarian spaces we recently conducted found that 59% of librarians' work spaces were out of the public eye. And it's true—the relegation of librarians to back-of-house areaswas a common design tactic in libraries of the past. As most academic libraries in use today were built before the digital sea change, much of the lag in librarian workspace design can be attributed to this disparity between space and program.

Librarians, however, are adamant that they should be visibly and physically accessible to their patrons, as a direct means of driving up opportunities for engagement. The newest trends in library design encourage this librarian-student interaction by placing librarian work spaces near student spaces. Along with clear signage, these efforts allow students to drop in and simply ask a question—facilitating an open and engaged experience. Moreover, librarian spaces are now being located alongside faculty offices and academic support programs. One very successful example of this can be found at Salisbury University Academic Commons, where the presence of faculty and library staff near the front door of the library encourages students to seek academic services by dent of spatial configuration alone. 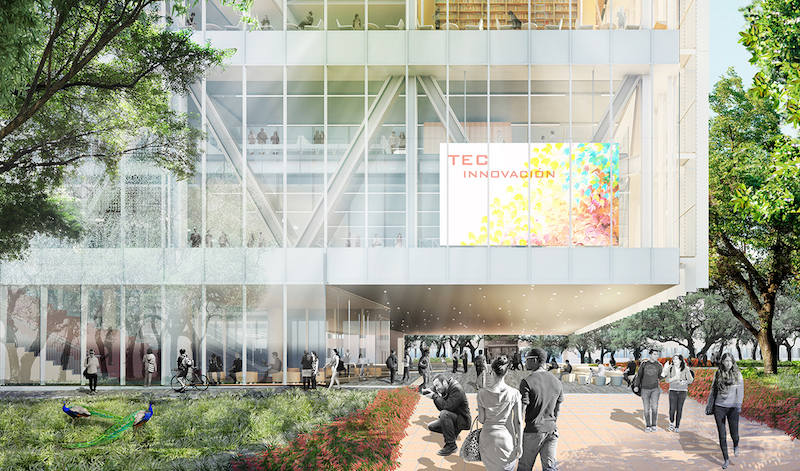 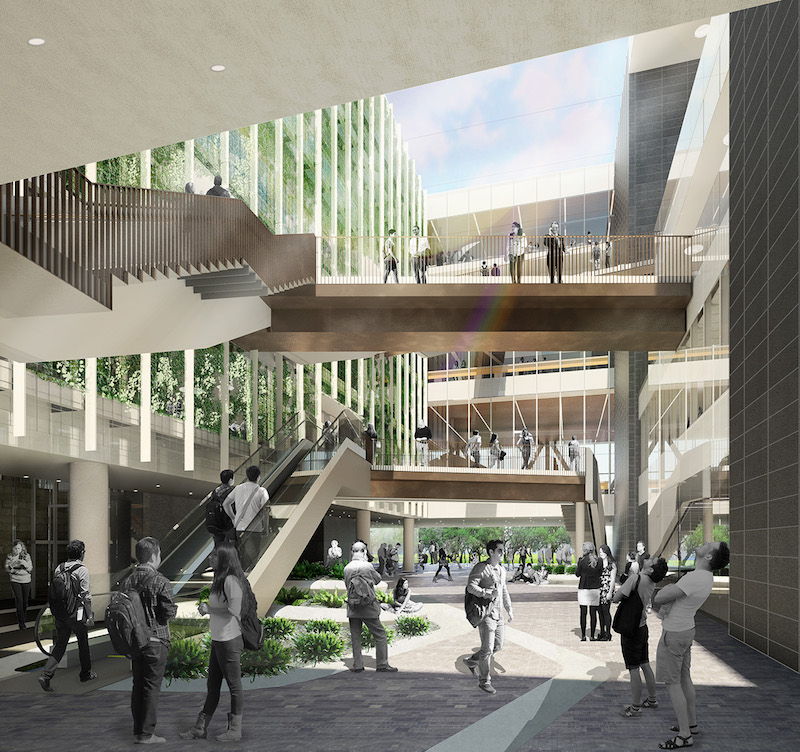 The ground floor of the new main library at the Tecnológico de Monterrey is composed of a dramatic plaza, cafe, auditorium, gallery and makerspace lab. A central open stair connects four floors of contemporary library program.

The third generation library is built around models of lifelong learning and oriented around interactions between learners—with librarians playing an essential role in guiding learners through the practice of uncovering information to further their own learning. As technology continues to evolve, designers and library staff cannot predict the needs of future student bodies. However, we can learn from past experiments in library design—to make information accessible to all and to think carefully before implementing the "next big thing" in technology. The library of the future is resource rich, providing access to physical and online collections, technology, and mentorship, in spaces that are flexible enough to grow alongside changing student needs. In its flexibility, the library of the future expands the possibilities of knowledge itself.

The very local micro-climate has an oversized impact on user comfort in a specific place.

A humanistic approach to data and design in the COVID era

As the COVID crisis continues to disrupt higher education, Sasaki is working with our campus clients on space planning initiatives that harness data to uncover solutions to complex challenges never before faced by college and university leaders.

Regardless of whether it takes 3 or 18 months to fully return to work, it is clear the long march toward re-emergence from this global pandemic will likely be more of a gradual re-opening than a simultaneous return to life as we knew it.

Between floods: Resiliency and urban regeneration

It’s useful for planning for the “worst-case scenario”, but it is important to remember that major floods can happen at any time.

Libraries are changing from dull book boxes into vibrant hubs for academic institutions. Sasaki surveyed more than 400 librarians to learn how library staffs interact with and respond to their workspaces.