The World Health Organization (WHO) is being challenged to modify its formal advice to recognize that transmission of the COVID-19 virus can occur via microdroplets suspended in air. In an open letter endorsed by more than 200 scientists, WHO is being called to acknowledge the overwhelming evidence regarding the danger of microdroplet transmission.

At present, the primary precautions recommended by WHO via official channels of communication are frequent handwashing and maintaining distance. There is little to no acknowledgement of airborne transmission mechanisms such as microdroplets or virus-laden particles within air.

In a recently published article, international health authorities—including WHO and the Centers for Disease Control and Prevention (CDC)—are confronted in regards to their lack of action in acknowledging mounting evidence as to the airborne spread of the virus. The article pleads for the immediate recognition and issuing of suitable advice on mitigating control measures.

The article also identified that testing for unequivocal evidence of airborne virus transmission is inherently challenging and may take several months to confirm. This is valuable time lost that could be used to mitigate the impacts of the virus to society. Part of the complexity in categorical determination of airborne transmission stems from experimentation challenges such as the requirement for regular and long sampling periods, expert understanding of local air plume dispersion patterns and turbulence, and the inherent difficulty in dynamically testing whether a microdroplet or particle contains the virus or not. These are potential reasons why health organizations such as WHO and CDC have deflected from acknowledging airborne transmission as a major mechanism for the virus spread.

However, the fact that it is difficult to detect the virus and/or monitor its movement through air does not mean that it is not occurring.

As water particles from breathing/coughing/sneezing/talking are released into air, they immediately begin to evaporate. This rate of evaporation is completely dependent on the ambient relative humidity within the local environment. As the droplets evaporate, they become smaller, until they become so small that they float in air. Buoyed by air currents and diffusion, microdroplets overcome gravity and become suspended in air.

Once suspended, particles can move. The breadth of transmission depends on external factors such as wind forces, turbulence, and diffusion. In some instances, it has been shown that virus-laden microdroplets can travel over 10 metres from where they originated. This aligns with advice from ASHRAE regarding the theoretical aerobiology of transmission of droplets produced from an infected patient, illustrated diagrammatically in Figure 1 below. 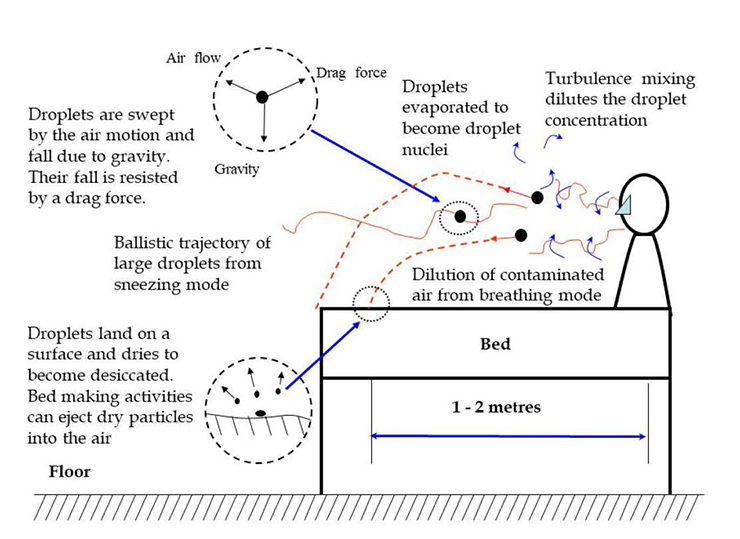 Theoretical aerobiology of transmission of droplets and small airborne particles produced by an infected patient with an acute infection (courtesy of Yuguo Li, sourced from ASHRAE [2020] p5).

In an investigation by the Japanese Association for Infectious Diseases, the use of high-sensitivity cameras capable of capturing microdroplets that are invisible to the naked eye has been used to showcase how aerosolization occurs and how small microdroplets (1/10,000 of a millimeter) can be suspended and transported within air. Sneezing, coughing, talking (softly and loudly), and breathing are analyzed, with observations illustrating how microdroplets can remain within poorly ventilated rooms for up to 10 minutes.

These findings align with the emerging consensus that airborne transmission of microdroplets is the only plausible explanation of superspreading events of COVID-19. They also strongly support the logic of wearing face masks, particularly for infected persons.

What does this mean for the return to pre-COVID normality? 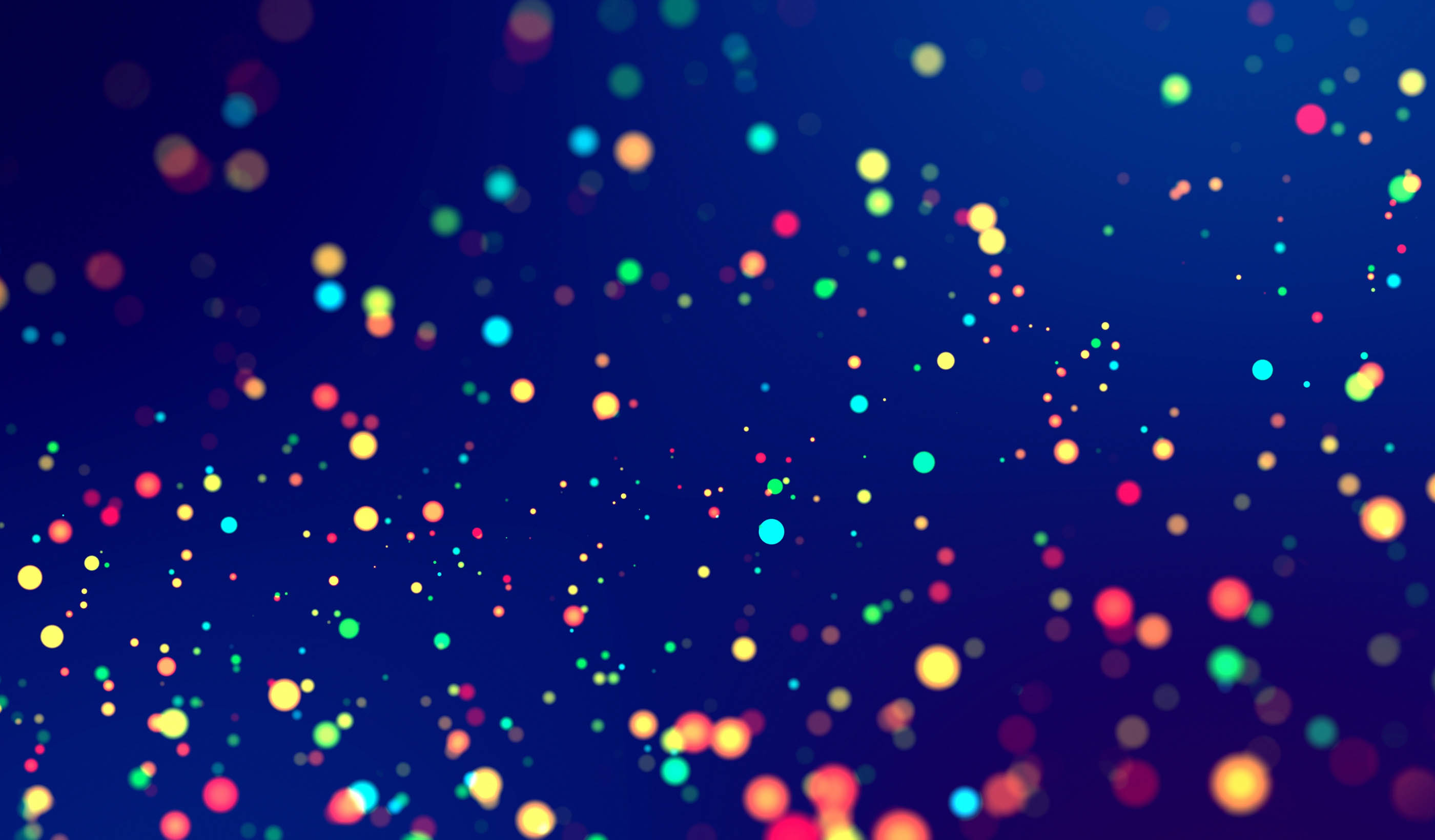 The acknowledgement that airborne transmission of the coronavirus poses a major risk unfortunately makes the return to normality more challenging.

Natural ventilation remains a key recommendation. This is underpinned by the assumption that the atmosphere provides a sufficiently large “sink” to dilute microdroplets to safe levels, and/or natural forces such as UV exposure and organic phytofiltration that can neutralize a virus or bacteria until it is benign. Suffice to say that where natural ventilation is a key means for expelling of contaminants, proximity to adjacent air intakes or occupied areas will need to be considered. The practicality of natural ventilation will be heavily dependent on local weather conditions and appropriate façade openings and may spark an investment in more robust mixed-mode strategy buildings.

It should be expected that a more rigorous industry response to air quality is required. The application of increased standards of filtration and air processing, like those provided in hospitals, will become equally important in traditionally low-risk sectors such as offices. Pressure-control regimes and containment strategies akin to laboratory ventilation systems may also become more commonplace in other sectors, providing physical air containment and separation between spaces.

Now, more than ever, the importance of appropriately designed and installed ventilation systems will become pivotal to public health and the successful reopening of economies and societies.

Changes in building design and operations can drastically improve public health and safety.

Your lighting-controls system can provide you with the right data to inform a smarter, safer strategy for reentering the office.