The devices will track traffic, light, air quality, and temperatures. The data will be made available to the public. Chicago will install 50 location-based sensor devices around the city this July and August, and 450 more by the end of 2018.

The Chicago Tribune reports that the project, named the Array of Things, will track temperature, air quality, light, and traffic data in an effort to improve city life conditions.

Sensors will be installed into streetlight traffic signal poles in both the downtown Loop and an undecided neighborhood. The devices will be concentrated in areas that need further specific problems, like air quality and fluctuating temperatures, examined.

The project, a collaboration between University of Chicago, Argonne National Laboratory and the School of the Art Institute of Chicago, received a $3.1 million grant from the National Science Foundation in September last year.

Data from the project will be released to the public via Chicago's Open Data platform a few months after the first sensors are installed. All software, hardware, parts, and specifications will be published as open source.

The Array of Things website says that the technology will serve as a “fitness tracker” for Chicago, allowing residents to monitor exposure to air pollutants and find the least congested travel routes.

Amid privacy concerns, the Array of Things says it will not collect any personal or private user information. 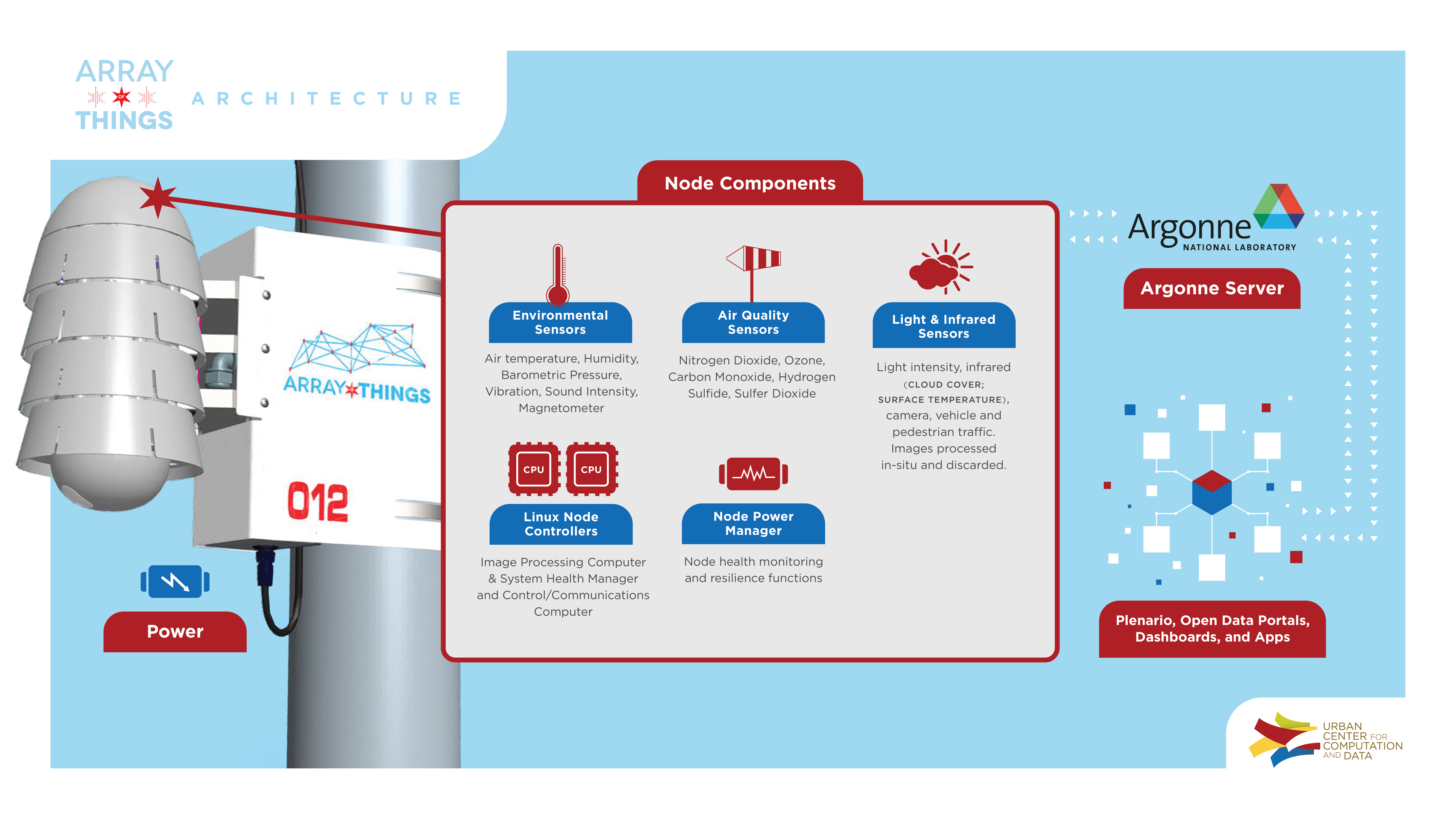 AEC firms are finally putting to use project information they’ve been storing in their computers for years.... Advanced technology provides insight into the actions necessary to cut costs, but it's the people, processe... More than 75 metro areas around the world examine cyclists’ routes and speeds that the app has recorded.... May 05, 2016 | Big Data | David Malone, Associate Editor
The Center for Neighborhood Technology has launched the largest source of transit data in the country Navigant Research estimates that global demand for data integration technologies for buildings will increase nearly tenford over the next 10 years. Image: Pixabay

May 05, 2016 | Big Data | John Caulfield, Senior Editor
Demand for data integration technologies for buildings is expected to soar over the next decade

A Navigant Research report takes a deeper dive to examine where demand will be strongest by region and buil...