A fund controlled by the ecommerce giant Amazon is among the entities that invested a total of $6.7 million in the latest round of financing raised by Plant Prefab, a design and prefabrication company with a 62,000-sf factory in Rialto, Calif., which since May 2016 has produced modules for custom single- and multifamily homes.

The sources for Plant Prefab’s Series A funding included Amazon’s Alexa Fund, which provides up to $100 million in venture capital to support voice technology innovation. “Plant Prefab is a leader in home design and an emerging, innovative player in home manufacturing. We’re thrilled to support them as they make sustainable, connected homes more accessible to customers and developers,” stated Paul Barnard, director of the Alexa Fund.

It could not be ascertained at presstime whether Amazon’s investment was contingent on Plant Prefab including voice technology in its designs and products.

Plant Prefab, which was founded in 2015, claims to be the first home factory in the U.S. that’s focused on sustainable construction, materials, processes, and operations. It also asserts that its patented building system reduces construction time by 50%, and construction cost by between 10% and 25% in major cities.

Steve Glenn, Plant Prefab’s CEO and Founder, explains that increased urbanization, coupled with a growing population and climate change concerns, are driving demand for quicker methods to build houses. He also states that more consumers are demanding homes that use less energy, water, and resources, and that minimize indoor air pollution. 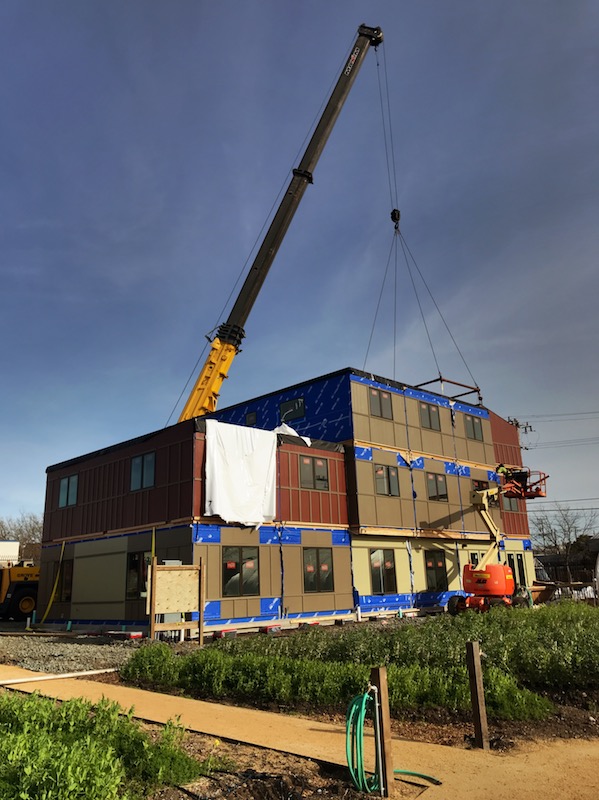 Its multifamily projects include a 16-unit, 6,600-sf dorm project for the nonprofit Urban Adamah (an educational farm and community center that integrates practices of Jewish tradition and sustainable agriculture) in Berkeley, Calif. The dorm was designed by NYC Design.

Another of Plant Prefab’s investment partners is Obvious Ventures, which supports startups that attempt to create solutions to big world problems—such as the shortage of affordable housing—in a profitable a scalable way. “With increased costs, labor shortages, reduced affordability, and the enormous impact housing has on carbon emissions, there are few challenges more important than creating more accessible, healthy housing,” said Andrew Beebe, managing director of Obvious Ventures.

Venture capitalists are placing their bets at a time when modular and prefab construction is steadily increasing for both the residential and commercial sectors. For example, this week Ramtech Building Systems announced that it had completed 11 multi-use, relocatable modular building projects. These included five portable classroom buildings to be used as offices at two separate locations for XTO Energy—four at the company's regional operations center in Carlsbad, N.M., and one at a satellite facility in Coyanosa, Texas. The other six buildings were manufactured and installed for the Loving, N.M., office and transportation center of Schlumberger, the oil drilling firm.

Turner Construction has been working on a three-story office building that was constructed in New Jersey, shipped by barge across the Hudson River to New York City in 19 sections, and assembled at night. Turner expects to complete this project by January.