The project will be the first major renovation in the building’s 43-year history. When the Willis Tower (still called the Sears Tower by some of the more intransigent Chicagoans) was completed back in 1974 it was known around the world as the tallest building on the planet. A title it held for almost 25 years. Since that time, however, the Willis Tower has seen building after building surpass it in height. So many buildings, in fact, that it is no longer even in the top 10.

Not only have numerous buildings around the world passed the Willis Tower in height, but Chicago’s tallest building has also remained relatively static in terms of renovations and modernizations. A new $500 million investment, however, will change its somewhat outdated appearance and amenity selection in a big way. The renovation project will transform the tower and reinforce its position as a civic destination and a premier workplace with unprecedented office amenities and unique retail and entertainment experiences, the building’s owner, Blackstone, says in a release.

460,000 sf of existing space within Willis Tower will be reconfigured as part of the transformation. This includes 150,000 sf of space that will be turned into amenities available exclusively for tenants, such as a full-service fitness center, tenant lounges, private event space, and concierge services. 300,000 sf of retail, dining, and entertainment space will be added to the base of the tower and a new 30,000-sf outdoor deck and garden space will also be included. Blackstone promises the new retail and entertainment options will attract first-to-market restaurants and the best local boutiques and global brands.

Additionally, a new three-story transparent, glass structure will be set atop the existing stone plaza to create a more welcoming environment for visitors. But every action has an equal and opposite reaction, and below the three-story glass façade will exist three subterranean floors organized around a three-story winter garden. Above the garden will be a glass skylight that provides views of all 110 floors. The new design will set the Willis Tower free from the base it sits atop and reconnect the building with the urban streetscape.

Moving up from the building’s lower floors, the 103rd floor Skydeck Chicago experience will also be enhanced as part of the project. The Skydeck renovations will focus on creating a world class, one-of-a-kind entertainment experience for the 1.7 million national and international visitors that make the trip to the top of the tower annually.

Blackstone estimates the transformation of the tower, which is expected to begin this month, will create 2,500 jobs. Gensler is the architect for the project with Gonzalez Architects handling the design work for the tenant-only office amenities. Hetzel Design will oversee the design concepts for the Skydeck renovations while Turner Clayco will oversee construction.

EQ Office, the U.S. office portfolio company wholly owned by Blackstone’s real estate funds, recently revealed more information about the $500 million Willis Tower project along with updated renderings. The five-story retail, dining, and immersive-entertainment experience at the base of the Willis Tower will be called Catalog. The name is a reference to the Sears Roebuck Company, which developed and opened the Willis Tower, then the Sears Tower, in 1973.

Urbanspace, a food hall operator with locations in New York City and London, will anchor Catalog's food and beverage offerings. Urbanspace will occupy over 14,000 sf in Catalog, making it one of the largest retailers in the building.

Catalog is part of the more than 300,000 square feet of new retail, dining, and entertainment space that will be available at the base of Willis Tower. The renovation plan also includes 150,000 of new space for tenant use within the building. Catalog is slated to open to the public in mid-2020. 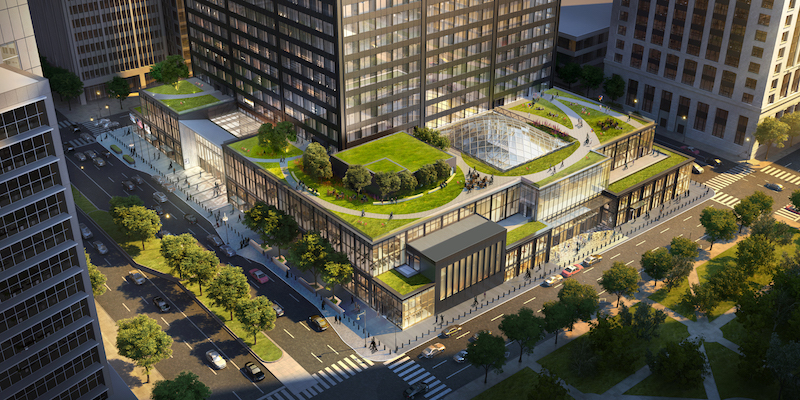 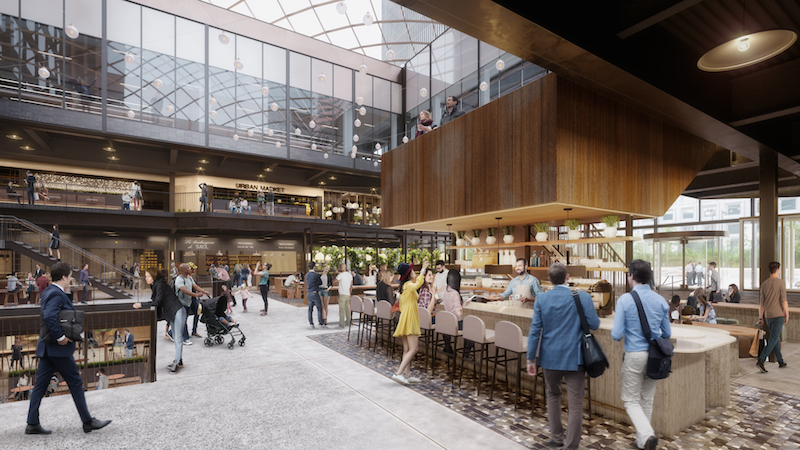 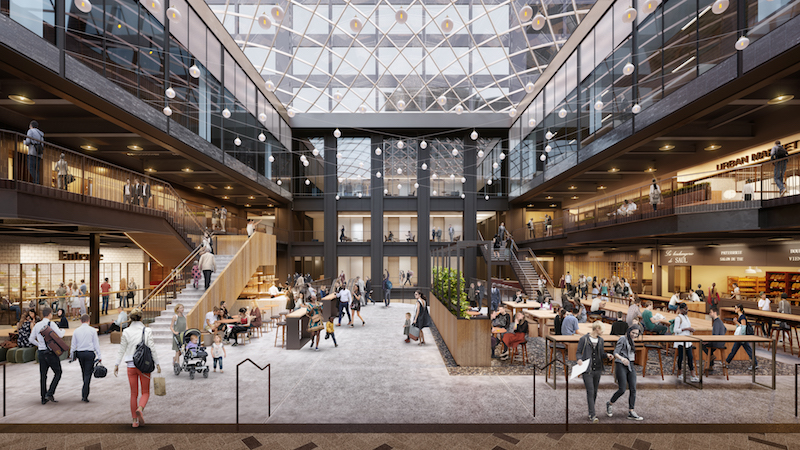 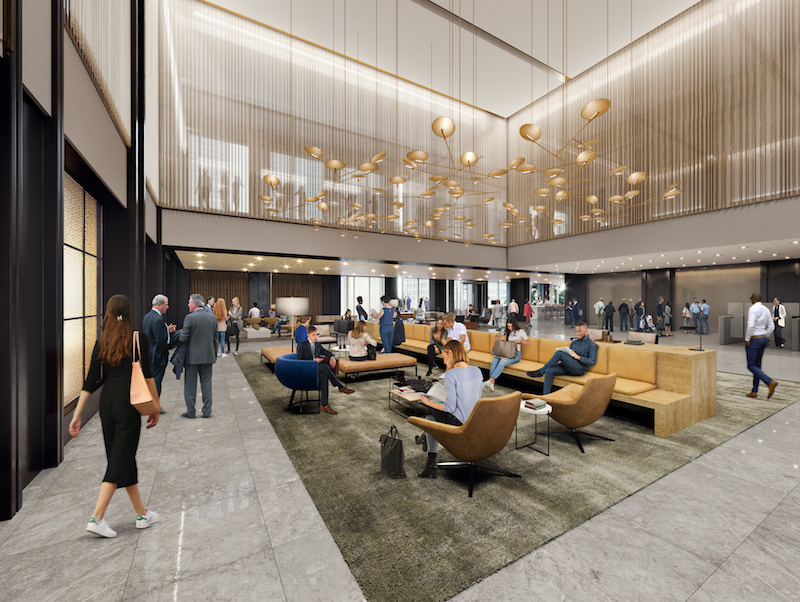 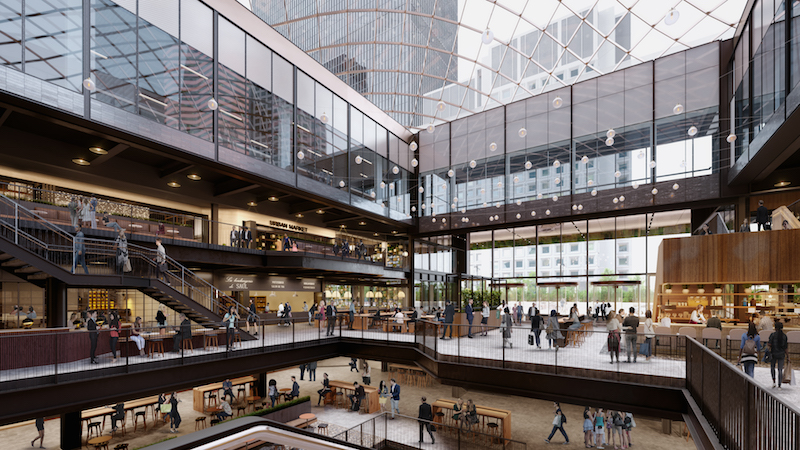