The district is slated to open on Oct. 26. Coal Drops Yard, designed by Heatherwick Studio, is a new shopping and lifestyle district in London’s King’s Cross set to open on Oct. 26. The district will be home to over 50 stores, restaurants, and cafes.

Heatherwick Studio has created a contemporary design to complement the surviving historic structures, streets, and ironwork of the original Coal Drops Yard, which was established in 1850 to handle the eight million tons of coal delivered to London every year.

Large statement stores sit at each street corner while smaller stores and restaurants are located in canal-side arches fronting onto cobbled courtyards within the original ‘coal drops’ and across a series of raised iron viaducts. Special in-store events, workshops, pop-ups, and talks will feature as part of an ongoing program of activities and events.

Lower Stable Street, a sunken street between Coal Drops Yard and Stable Street, will also open this October, offering spaces for a range of smaller pop-up and experimental stores. 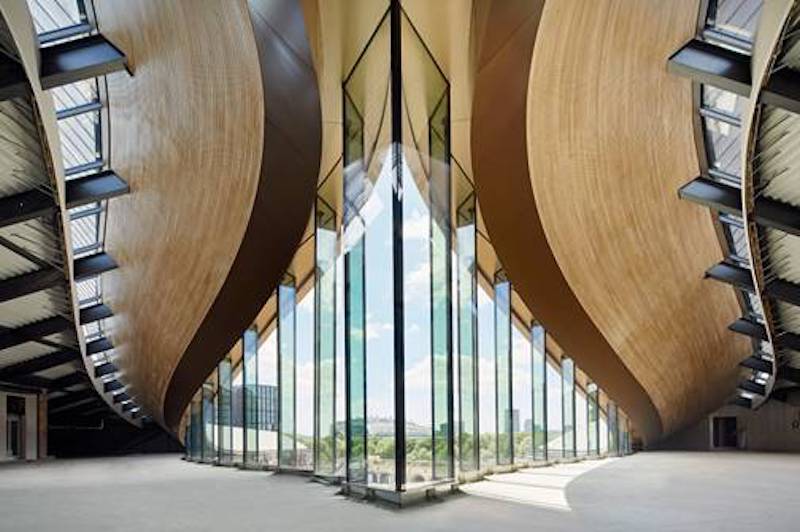